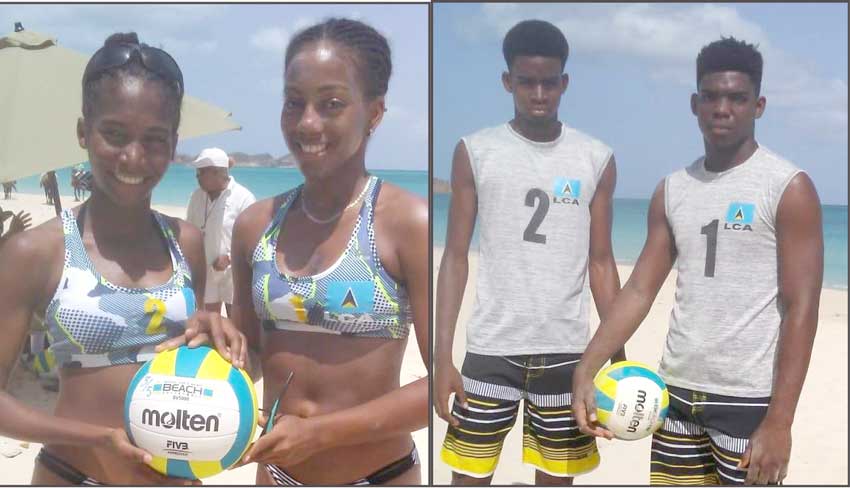 THE Saint Lucia Girls team of Zadie St. Louis and Tenayestlgni Joseph finished second in the opening round of Youth Olympics Games Beach Volleyball qualification held in Antigua and Barbuda over the weekend.

Saint Lucia played unbeaten up until the final versus Dominica.

In their second encounter, Saint Lucia had the better of Saint Vincent and the Grenadines 21-16, 21-17.

The Saint Lucia men’s team, Noah Gaspard and Joshua Florent, were not as lucky as their female compatriots, as they finished fifth overall.

The Saint Lucian women played in Group B and were seeded at No.3, Dominica No.4 and Saint Vincent and the Grenadines No.5

In the men’s division, host Antigua and Barbuda No. 1, Dominica No.2, Saint Lucia No.3, Grenada No.4, Saint Kitts and Nevis No.5 and Saint Vincent and the Grenadines No.6.

In Antigua and Barbuda, the four players were under the watchful eyes of Terry Verdant Head Coach, Emmy Vitalis – Team Manager.

The team returned to the island last evening.