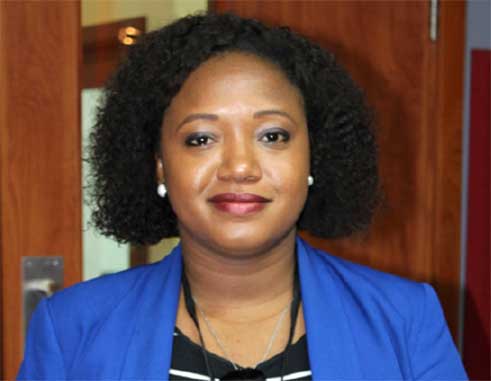 BY now, almost everyone has seen the video, where it appears Prime Minister Allen Chastanet, while speaking on the platform, referred to calypsonians critical of his policies as “jackasses.”

The heavily edited video has aroused a mixed reaction from the St. Lucian public — and opinions seem to be formed squarely along party lines.

been no different among the respective leaders and officials of our nation’s two leading parties, with the SLP accusing the Prime Minister of referring to the people in general as either ‘idiots’ or ‘animals’ — and the UWP stating that the video is causing the Prime Minister to be taken out of context, making it seem as though he’s referring to calypsonians as ‘jackasses’, when he’s not.

“On the second anniversary of assuming office, when the customary gesture by the Prime Minister should be an expression of gratitude to the citizens of this country for having given him the highest honour and privilege, he shamelessly used the opportunity to hurl insults at St Lucians by referring to them as jackasses,” Pierre stated.

Pierre went further, stating that given there are two definitions of the word in question, the Prime Minister could have either meant that “Saint Lucians are idiots — which would fit the definition of stupidity; or that we are no more than animals — male donkeys…”

He then reaffirmed previous statement he has made, in which he referred to the Prime Minister as “arrogant” for stating that the SLP has no right to bring up the St. Jude hospital after failing to complete it.

“The Prime Minister’s mind-set is clear. If you are not a confirmed supporter, an avowed Flambeau, you have no right to criticize the government or hold it accountable.”

He said that the PM and members of his government have ill-treated persons who have been critical, because it is clear he thinks of them as ‘jackasses’.

“Over the last two years, we have seen how the Prime Minister and members of his government have treated everyone who has spoken or raised concern about the decisions and actions of this administration.

“Obviously, he doesn’t listen to those persons because to him we are all jackasses.”

However, Senior Communications Officer in the Office of the Prime Minister, Nicole McDonald, dismissed those claims as ‘fake news’ and described the “intent of the persons who put that video together” as “malicious and mischievous”.

She stated that the video was obviously edited to make it look as though the Prime Minister was speaking about calypsonians — and that the Facebook page from which the video was circulated has a history of doing similar things.

“I can state that this particular site or Facebook page has made a habit of editing videos to basically support their agenda, to mislead persons and to continuously spread fake news.”

“They’ve been known for that for some time now; so I was not surprised that when I looked at the footage it did not look clear to me because I was at the meeting, I heard the Prime Minister and the video was edited to make it seem as if the Prime Minister was referring to calypsonians.” McDonald stated.

She re-emphasised that she “was at the meeting” and stated categorically “that the Prime Minister was not referring to calypsonians.”

Rather than at calypsonians, McDonald stated that the Prime Minister’s words were actually aimed at comments made by the Opposition.

“Definitely, if anything, I think the Prime Minister was referring to some of the outrageous silliness that has been coming from the Opposition.” said McDonald.

Furthering her point, she stated: “By the time the Prime Minister got to the point that he made — the point of contention that everyone’s talking about — he was speaking about projects in the South, about comments made by the Opposition and the hypocrisy of the Opposition.”

She also brought up instances of strong language used by members of the Opposition while on the platform and said that it is hypocritical for them to be in uproar over the use of the word “jackasses”.

According to Mc Donald, “Another thing we need to remember is that some of the strongest language in terms of inciting violence and discord in our country has come from Labour Party platforms.

“I mean, we only need to look back at some of the things that have been said by SLP MPs when they called for no peace in the country.