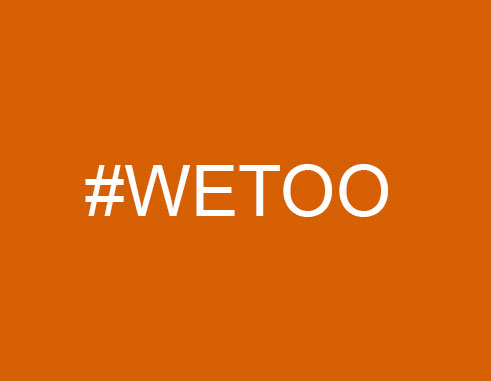 The phrases ‘Fake News’ and ‘Me Too’ have absolutely no relationship. But both came alive in America at just about the same time, each spurring equal levels of discussion and debate there — and everywhere else – about the common but unrelated related scourges.

Fake News is so real today that one can hardly pass a day without encountering it. Everyone’s a victim, the media included.

Not a day passes without something turning up in the news that just does not sound right, looks too good to be true, or is just too bad to believe. It therefore forces the avid reader to properly scope every word and line to avoid becoming a victim of Fake News.

The Voice has for 133 years always been present to not only inform, but also to generate discussion and debate, setting and sometimes leading the pace with editorials intended to help shape better understanding of issues.

None who know of The Voice’s long history and its numerous declarations over time ‘In Pursuit of Truth, Accuracy and Objectivity’ at age 133 will accuse this newspaper of having departed from its historically established role of being a national news leader in Saint Lucia.

We will not blow our own trumpet. But we will not always choose to play deaf or blind to the squeaks or roars of purveyors of fomented partisan fury who may today suddenly want to paint this newspaper into a Yellow or Red corner.

In continuing pursuit of our historical role of promoting and facilitating discussion of national interest, The Voice will sometimes even choose to publish the false narratives being knowingly purveyed about us by some who know better.

Some are simply driven by the sort of emotional, one-sided, even blind partisan zeal that only allows them to see what we print from the standpoint of chronic sufferers from an acute political strain of Red Eye or Jaundice. But even they also have a right to express their views, which we will never agree with, but we will publish, within limits.

The Voice will not don the cloth of priestly puritanism and claim we know it all or are always right. We are indeed humbled to have once again been elevated to the necessary level of occasional scrutiny that every national newspaper always deserves, whether from one reader or many.

Critics will measure us by their own yardsticks, but there’s more than one reason why The Voice has been available on every publication day for the past 133 years – and none has to do with spreading false or Fake News.

Today, the ‘Me Too’ movement is sending shivers up spines of many who have suddenly found out that their bones were never made of steel. Indeed, there are movers and shakers in every society today shaking all over at night, their sleep interrupted by frequent nightmares of being fingered by a ‘Me Too’ accuser.

Unfortunately, that’s also what it’s like in the news business today. No newspaper or media house wants to be accused of spreading Fake News.

Politicians and the more blinded supporters will continue to point accusing ‘Fake News’ fingers at media houses — and everyone else whose views they don’t like. President Donald Trump has made that fashionable worldwide today.

We will not knowingly publish Fake News. But if and when we make that mistake, we will gladly and humbly admit and apologize. But when it comes to being victims of Fake News, we at The Voice will be among the first to point our fingers to the sky and say ‘We Too!’