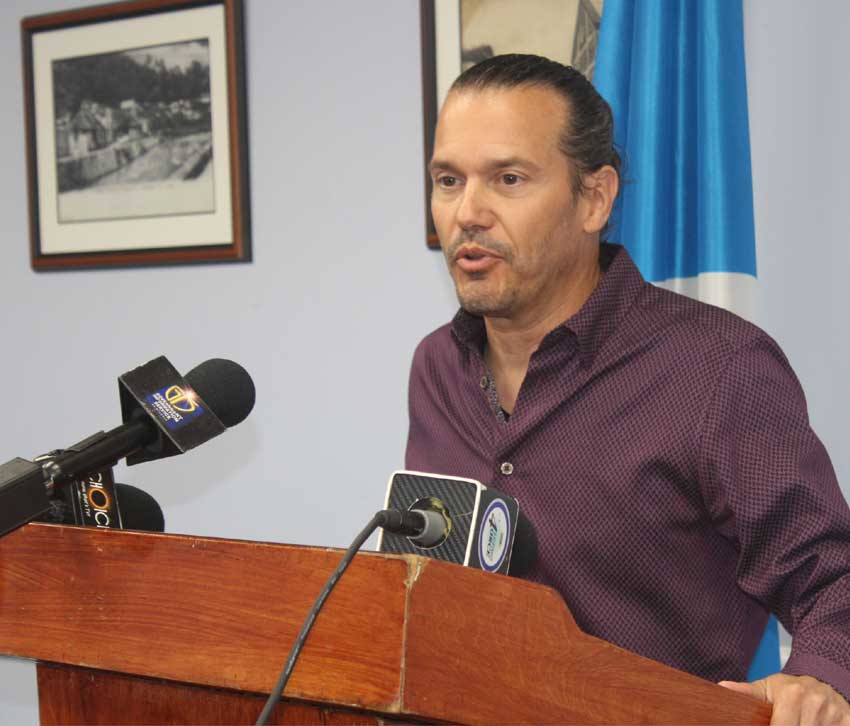 CO-FOUNDER of OJO labs, David Rubin, has admitted his company got financial assistance from the current government to start-up his business in St. Lucia. But he also quickly adds that his business has given back (to the country) much more than it received.

First introduced to St. Lucians by Prime Minister Allen Chastanet, OJO Labs found itself embroiled in a controversy between the Government and the Opposition St. Lucia Labour Party (SLP) over the latter’s repeated demands that government explain it’s rationale for providing unknown sums of public funds to a foreign company to set-up shop in St. Lucia.

The SLP had for some time also been asking just how much of its own money was OJO labs putting into its business in Vieux Fort, particularly as it’s a private business designed to make profit.

But while the prime minister has not been forthcoming with figures, he was however quite willing yesterday to remind reporters of “the need to generate employment opportunities in the south of the island.”

The PM also appeared and sounded quite happy to point to government partnering with OJO Labs International “to develop an Artificial Intelligence Training and Call Centre to market and sell the products, services, software and technology of OJO and its clients, including the fastest-growing real estate company in the United States.”

Occupying leased and retrofitted premises within the St. Lucia Free Zone to house his business, Rubin , after meeting with the Cabinet of Ministers yesterday, explained at a press conference that his company needed the government’s “subsidies”, as it is” a startup company”.

He said the company actually needed the subsidies provided by Prime Minister Chastanet and this was really their “last round of funding”.

When questioned at the press conference, Rubin did not tell The Voice exactly how much the subsidies amounted to. He did say, however, that “Prime Minister Chastanet came to OJO Labs” and invited them to return to St. Lucia, having operated here before.

As to how much of their own money has been spent on OJO Labs’ business here, Rubin said it was over $8 million.

“This year we have put over $5.4 million — and if you look at our plan for hiring next year and 2020, we will be providing over $14 million on a yearly basis when you look at compensation, the technology that we are building and the other costs involved on the island.”

“Our intention is to give a significant return of investment to this island. It is very important to us to do that and just by the figures I’ve given, we’ve already provided significantly more money back to the island than the island initially provided to us,” Rubin said.

“That initial seeding was actually key to getting the project going,” said Rubin, adding that OJO Labs is footing that bill, “along with government doing some subsidies in respect to that training.”

Meanwhile, The VOICE has learned, independently, that in last year’s budget $9.9 million was set aside for OJO Labs, followed this year by $7.9 million.

The Company, which is from Austin, Texas, last month also raised US$20.5 million in venture capital.