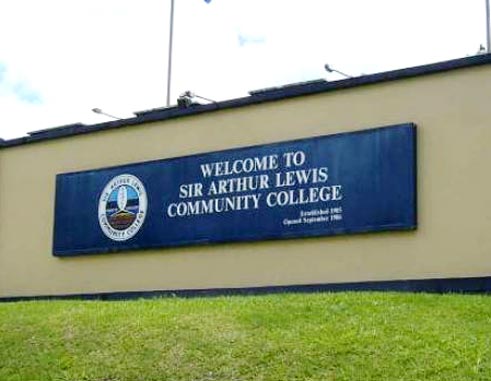 THREE years after it was revealed that the Sir Arthur Lewis Community College would be in need of $5 million to restore its existing buildings, work it seems will commence this summer.

Education Minister Dr. Gale Rigobert said that government had secured a loan from the Caribbean Development Bank (CDB) with an allocation for the rehabilitation of buildings at the college.

“Admittedly in this first phase not all the buildings requiring due attention will be addressed but in a subsequent loan we will address the other subsequent challenges at Sir Arthur Lewis Community College but certainly we will begin the rehabilitation process this summer,” Rigobert said.

It has been about 52 years since any serious, holistic restoration of the buildings making up the college has taken place.

Efforts to raise funds for the college started in 2015 with the hosting of a gala dinner by the school’s board of directors which teamed up with Sandals Resorts International for the event.

Although it was said there would be other fund raisers launched with the hope of reaching the $5 million mark nothing of a grand scale has been announced.

Another issue the college has been grappling with is that of transforming itself into a university campus, an initiative both past and present governments have spoken highly about and given a commitment towards accelerating the process. However despite the talk over the years, the college seems unable to move forward towards that goal. No time frame has been set in which the college would be either close to that goal or well on its way.

Rigobert this week also spoke of the attainment of that goal claiming that this was a long held dream of the government. However she, as well as her predecessors, could not say when the college would attain the classification of university or University College.

“As you know this administration has continue to work with the Sir Arthur Lewis Community College to bring to fruition a long held dream to convert Sir Arthur Lewis Community College into a university college or university. We really should aim for the sky and whatever nomenclature you used our first priority is to become the best college you could ever be…’ she said.

Rigobert called on the college to be a tertiary institution that offers the best of the arts and the best in international comparable programmes. She said there are plans in the making to offer some more associates degrees and that the college has already distinguished itself in the areas of nursing, education and as a premier learning institution.