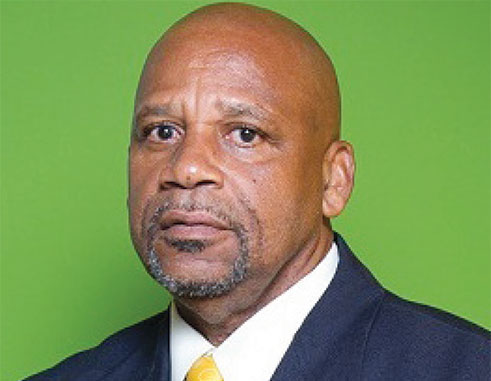 BANANA farmers in the south who have been pondering their fate in the industry are now breathing a sigh of relief.

That’s because Winfresh has changed reversed its earlier decision to discontinue operations at the Vieux Fort port and have farmers in the south market their produce at La Caye in Dennery.

The farmers were given the good news from Minister of Agriculture Ezechiel Joseph during a meeting with him Wednesday at the La Retraite Agricultural Centre, where they broached a number of concerns.

According to the minister, when he got the bad news, he met with management of Winfresh and asked them to revisit that decision.

He added that the government had no input in that decision.

The announcement was greeted with applause by the farmers, some of whom were already preparing for the worst.

Moments before the meeting commenced, one farmer told this reporter the decision would of severely affected his business, adding that if it was not reversed he would have been forced to leave the industry and go into plantain production.

“Travelling from Laborie all the way to Dennery after working a whole day on my plantation would have killed me,” another farmer said.

According to Minister Joseph, the government is committed to the improvement of the agriculture industry but farmers must play their part as well.

“You must put your foot down and get things done,” he said.

Other concerns broached by the farmers included the manner Winfresh suspends them because of the condition of their banana plants and their roads, the price of leasing lands in certain areas and the cost of agricultural inputs.

As it relates to the price of leasing lands, a farmer said the former administration had increased the price from $250.00 per year to close to $5,000 per year and called on the minister to use his power to reduce it.

According to the farmer, since the increase, none of the farmers have paid their lease.

“We need your help. Write off the debt,” he appealed to the minister.

As it relates to the manner farmers are being suspended by Winfresh, the minister said a meeting will be held between Winfresh, the National Fair Trade Organization (NFTO) and the government, to discuss the matter.

The Agriculture Minister promised the farmers that the government will look into the matters they raised and try its best to address them as soon as possible.