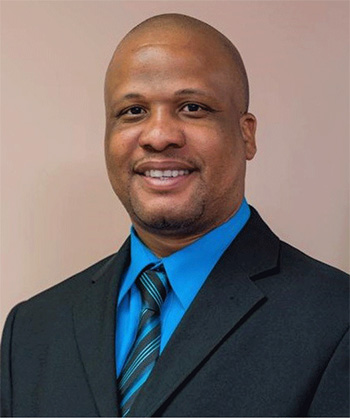 ALMOST two years after all work on the Soufriere Square was first stopped by Prime Minister Allen Chastanet, a date has finally been set for its re-opening.

However, the on-again, off-again work will see a few changes to the original design that the town’s District Representative in parliament says has not been added to the initial cost of the project.

According to the Parliamentary Representative for Soufriere/Fond St. Jacques, Herod Stanislaus in an exclusive interview with The VOICE, work recommenced last week after a brief hiatus due to the length of time the Government’s Treasury took to process transactions for payments to the new contractor hired to completing the project by August of this year.

But as is the case with most projects started by the former administrations and left to be completed by new ones, this one found itself embroiled in the politics of the day, with both sides accusing each other of not working in the public interest — and not being upfront and open with the people of Soufriere.

For instance, Mr Stanislaus said that when his party took over the government in 2016 it understood that the Taiwanese Government had donated EC$2.3 million to the project and when this government stopped work in July of 2016 a total of $1.3 million had already been spent.

“Work actually started in late 2015 going into 2016. By the time we put a hold on the Square project, they (former administration) had already expended $1.3 million and the Square was not 40 percent completed,” Stanislaus said.

But the Opposition Labour Party and some former administration officials and spokespersons, it seems, are disputing those figures.

A SLP source told The VOICE the project — conceptualised in 2013 – was 70 percent complete when the UWP took office in June 2016 and that “originally, about $2,653,242 was assigned for the project’s undertaking.”

Regarding the changes done to the initial design of the Square, Stanislaus mentioned “variations to the entrance of the Square, replacements for electrical panels and changes to the plumbing and pump areas.”

“We had to look at re-doing the seating areas and the fountain. There were problems with the levelling, so we had to re-do the levelling. There was a dry water fountain in the initial design. We have changed it around. We have added the Freedom Monument to the Square,” Stanislaus said.

The Freedom Monument, which is said to have been sitting in a government warehouse for “20 or so years”, according to a usually informed source, is going to be placed in the Square’s centre.

Stanislaus said that all changes to the initial design, along with the placing of the Freedom Monument, “will come at no extra cost to government.”

The Minister said that when his government stopped work on the Square in July 2016, “what was taking place there” (meaning the works) “were not in keeping with the history of the town of Soufriere, so we felt we had to stop it to review the design and the plan.”

Meanwhile, the government is hoping the much-delayed project will indeed be completed by August.