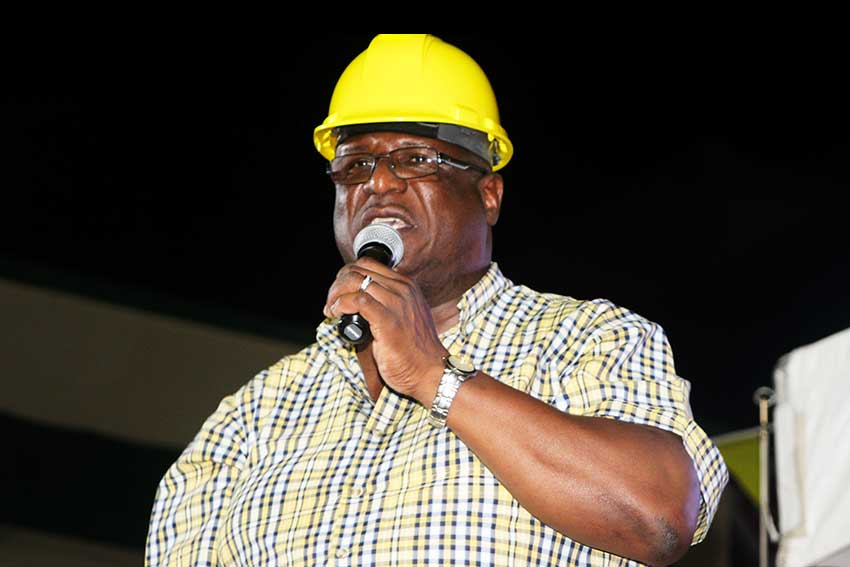 THE Government of St. Lucia has totally dismissed the Grade F mark given by the opposition St. Lucia Labour Party (SLP) for their two years in office, saying they have accomplished more for the people in the country in their two years compared to the SLP’s five years.

This back-and-forth between the two sides is clearly understood, as no one actually expected the SLP to give the UWP government a passing grade.

In the meantime, both sides continue to rail against each other as the UWP, just 10 days ago, celebrated — in grand style — its second year in office.

But the government is in no way accepting the SLP’s grading — and is fighting back showing off its own positive report card.

Infrastructure Minister Stephenson King, on Thursday night in the William Peter Boulevard at his party’s celebratory public meeting , said that the government had performed “wonders” in dealing with the country’s infrastructure.

“Wherever you go you will recognize the work of the UWP along the length and breadth of the country. Today, there is so much maintenance work going on that people believe these are projects rather than maintenance works,” King said.

He promised that in the coming months and years St. Lucians will see a complete transformation of the country’s infrastructure, as he proceeded to highlight upcoming projects to prove his point — like the upcoming re-construction of the Millennium Highway, the commencement of construction of a major bridge in Cul de Sac to be funded by the Japanese Government, the construction of a bridge in Deglos, the recently opened Canaries bridge, the operation of a bridge maintenance management system, the upcoming redevelopment of the Hewanorra International Airport thanks to a US$150m loan facility from Taiwan, two thirds of which earmarked for the airport while the remaining one third is for road reconstruction throughout the country.

Prime Minister Allen Chastanet also had praise for his ministers for what he claimed is “the wonderful work they are doing.”

However, he pointed to the challenges facing the country and the need for St. Lucians to gird themselves to work with the government in order to pull the country out of the mess he said he inherited when he took office in June 2016.

He called on St. Lucians Thursday night to be ready to make changes and to find “the new green gold for the country” and help in defining an economy that allowed every St. Lucian to be empowered.

According to the Prime Minister, “If we are doing something wrong we want you, the Flambeau people to tell us so. You have every right to hold us accountable, every day, for what we are doing,” Chastanet said, describing the SLP as a party that cannot deliver despite suffering from Labour pains.