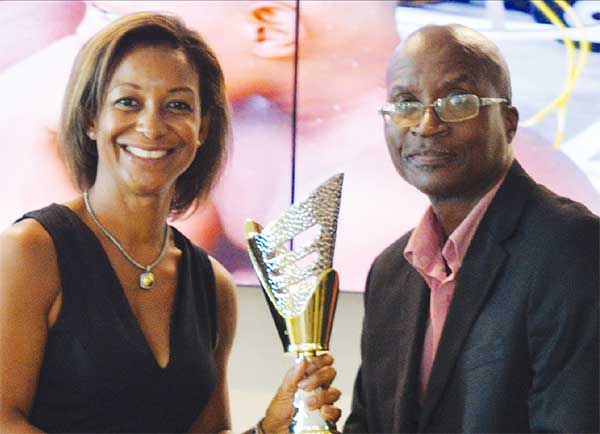 SLASA 1st Vice President Paula James delivered the President remarks in his absence and she said: “The year 2017 was no different from your past experience as it was filled with challenges, successes and adjustments which you had to make to achieve your goals, which ranged from learning techniques to swimming personal best times to stroke improvement to winning medals.”

She continued, “Today offers a further reward to your efforts and we remain committed to improving the quality of service, representation and resources available to the improvement of the sport of swimming islandwide.”

“SLASA has prepared a five year national aquatic development plan with the vision to create an inclusive and competency based aquatics programme that is fun, safe and accessible to all Saint Lucians. “We have adopted a tag line ‘ Nage Sent Lisi’ which will embrace all aspects of aquatics, with no age limits, in fun and safe environment.” She noted.

James said, “At present, SLASA is in dialogue and collaboration with the Ministry of Youth Development and Sports as well as our French counterparts all in an effort to improve the aquatics product on the island. We will be signing later this month a Memorandum of Understanding with the Martiniquan Federation and the Longvilliers Club du Lamentin. This will expand our resources for coaches, swimmers and officials.”

According to James, the plan has been shared with FINA, the Saint Lucian Olympic Committee, the Department of Youth Development and Sports and a consultant working with the government for setting up/ repairing all sporting facilities on the island and in part with the Club Presidents.

She went on to say, “SLASA received some funding from our governing body FINA in the sum of US$25,000 and EC$24,000 from National Lotteries Authority to begin the first phase of the development plan and as we celebrate the efforts of our swimmers, two portable pools are being organized for shipping to Saint Lucia. Once on island, one will be located in the South and the other in Castries to start Learn to swim aspects of the plan. The equipment for this programme is also being prepared for shipping to Saint Lucia some of which will be given to the swim clubs for further development of their swimmers.”