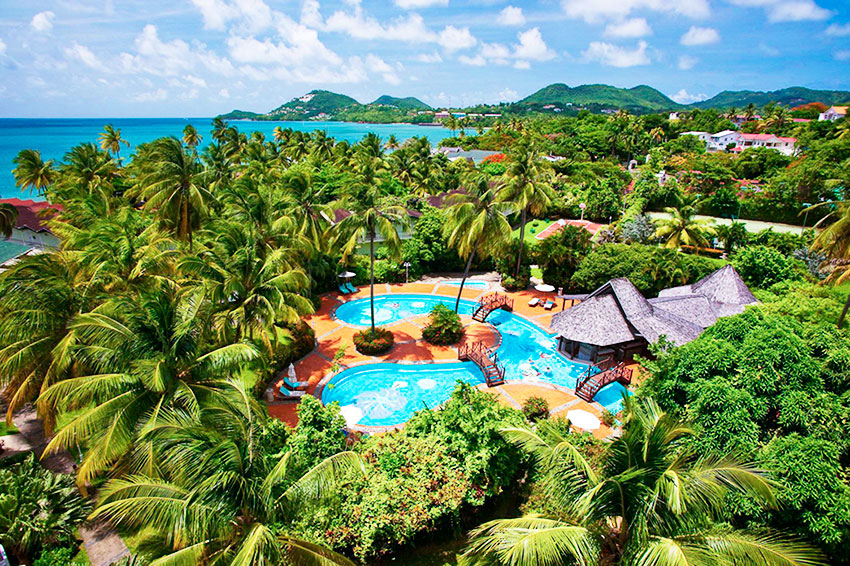 THE Caribbean’s most successful hotel chain has given Saint Lucia top marks as a tourism destination, citing its high performance at the regional level.

In a recent statement responding to what it considers unfair criticism of its behaviour as a top corporate regional entity; Sandals Resorts International (SRI) had nothing but top praise for the island, where it recently broke ground for construction of its fourth property.

“Saint Lucia is (also) doing very well and recorded the highest growth in 2017 among Caribbean Tourism Organisation (CTO) member countries of 11%,” the SRI statement pointed out in reference to statements about its importance to the economies of the island locations where it does business.

According to the statement, “Sandals contribution to GDP in that country (Saint Lucia) is unmatched, and we are the largest employer in the (hotel) sector.

“We have been the most significant investor in Saint Lucia in the past 25 years, and we have played a major role in the transition from a floundering banana-based economy to a vibrant tourism economy.”

Citing figures to back its claims, SRI said: “Within the last few years, we have trained over 1,300 Saint Lucians through our Hospitality Training Programme and we certify them at no cost to the participants. Many of them even go on to find work at other hotels.

“We always boast that once someone is Sandals-trained, it opens doors for them to get a job at any hotel anywhere on the planet, because the global hospitality industry recognises that our standards are among the very best in the world.”

According to the statement, “A Sandals-trained hotelier is an employee of choice – just ask any of our competitors.”

SRI noted, “In Saint Lucia we are expanding further and have already broken ground on an amazing 400-key resort that will feature a dazzling array of suites — and one that will boast commanding views of Rodney Bay on one side and the Atlantic on the other.”

Explaining what this will mean for visitors, SRI said: “This means our famous ‘Stay at One, Play at Three’ concept will now be expanded where you can stay at one hotel and enjoy the facilities of four.”

And pointing to a more recent local event, the SRI statement concluded: “We even created history in Saint Lucia when we made it (along with Jamaica) among only a few choice destinations in the world where you can stay in an exotic over-the-water bungalow.

(The full statement was published in the June 21 issue of The VOICE.)