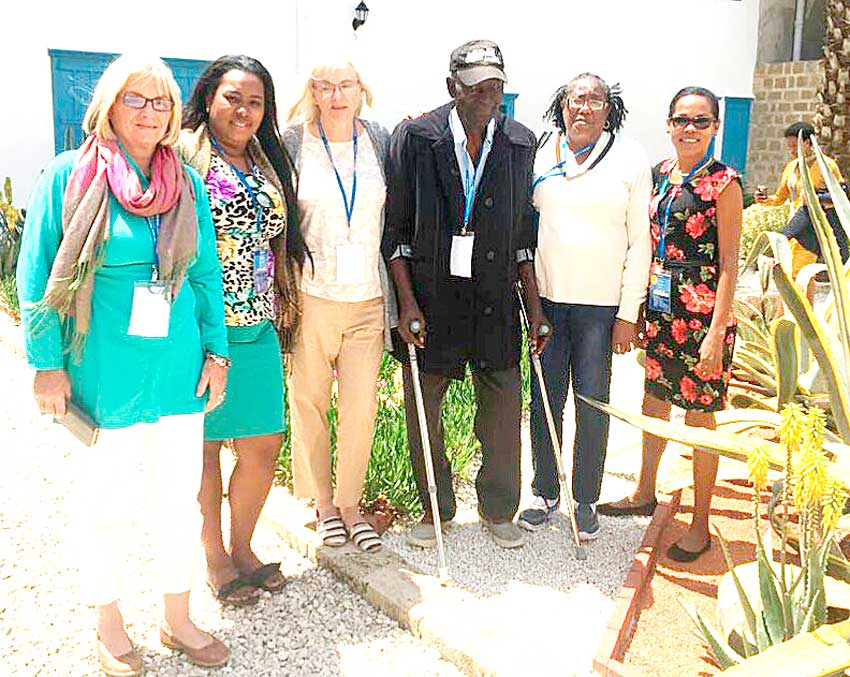 SIX members of The National Spiritual Assembly of The Baha’is of St. Lucia have returned home after attending The International Baha’i Convention in Haifa Israel.

Every five years, members of National Assemblies from every nation travel to carry out their sacred duties of voting for The Universal House Of Justice, the supreme nine-member body seated on Mt. Carmel in Haifa.

Altogether, 166 countries were represented and 1,500 delegates were in attendance.

The first three days they were taken in groups to visit The Holy Shrines of The Bab (The Herald of the Baha’i Faith, May 23rd 1844) and His “Great Announcement” Baha’u’llah (The Glory Of God) for prayers and meditation and also visit

“The Most Great Prison” in Akka, Baha’i Gardens, The Archives Building and several other sites holy to Baha’is.

Then they voted for the members of The Universal House of Justice.

The last three days of Convention were spent in consultation between the delegates about their plans for the betterment of the world.

This was a microcosm of the planet, a display of hearts and minds in many different cultures, languages with translators and diverse national costumes all united in One Universal Cause, in one common Faith.”