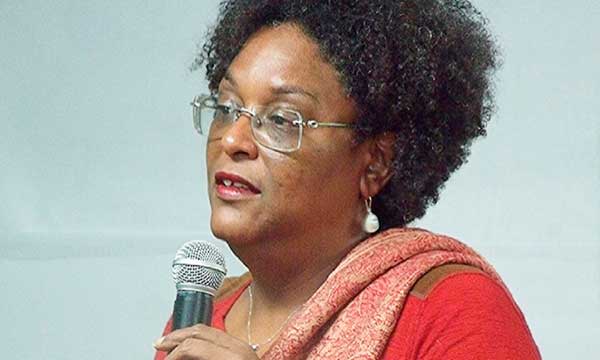 THE landslide win of the Barbados Labour Party (BLP), which was a humiliating loss to the Democratic Labour Party (DLP) on May 24, 2018 in ‘Bim’ has been received with mixed emotions, deep analysis and a mix of jubilance and trepidation from regional countries.

Here in Saint Lucia, people — and more so St. Lucia Labour Party (SLP) supporters — are predicting or desiring a similar occurrence but I do honestly dread the day that this ever happens.

I’ve had some trepidation for the Bajans themselves because such a scenario means that you are left without a Parliamentary Opposition.

We would know by now the latest developments in that regard, which raises more questions than answers. It goes right down to the heart of democracy and highlights a shortcoming of our constitutions region-wide. It is a manifestation of a lack of restraint.

I have maintained that having two chambers of government — the Upper and Lower Houses — where the Government side has the majority in both instances, goes against the grain of democracy. The ‘ayes’ always have it. Where is the restraint, that fundamental pillar of democracy?

An article by Sir Ronald Sanders which appeared in the Weekend Voice of June 2, 2018 caught my attention entitled ‘Let Mia Mottley’s Seed Sprout Across the Caribbean’, in which Mr Sanders asks: “How [do we] ensure that no Caribbean nation is deprived of an opposition in the House of Representatives in the future?’

In a subsequent article titled, ‘ Democracy Demands Constitutional Change’, Mr Sanders asserts that in the Caribbean, we vote party, not individuals.

“Abandoning allegiance to the party, on whose ticket a representative is elected, after an election [as in the case of Bishop Joseph Atherley of Barbados] should also be prohibited, since it leads to a maverick behaviour that is not in any country’s interest” contends Mr Sanders. And I agree.

So then, how do we assure a true parliamentary opposition?

My answer is (again): The Independent Model.

Often I am asked whether I see the Independent Model as the panacea for all the electoral woes of the region. My response is that you can’t beat simplicity and common sense, but I have always reserved that the Independent Model is not etched in stone.
Don’t get me wrong. I welcome the model being challenged. That can only make it better. We are still cloaked in the vestiges of colonialism and the Constitution is the robe.

The time for constitutional amendment is past overdue — another point on which Mr Sanders and I agree.

Anyways, back to answering Mr Sanders’ question: How does the Independent Model assure a parliamentary opposition? And here’s the answer: Under this model, all candidates in the general election should vie on an independent ticket. In such a case no one person has an allegiance to any one party – and this allows for what I term internal opposition.

Making decisions under the independent Model is not impossible as many contend. It MAY be a bit slower, but will certainly be more vetted. At the end of the day, the representative’s work is more vested in the interest of his constituents than the well-being of the party.

In the Independent Model, no Parliamentary Representative holds a ministry. That allows him or her to be more in touch with his or her constituents and their needs. It also allows him more time to undertake research, so that his contributions to parliamentary debate can be more substantive.

I can really go on driving the point home, but I am challenged* by constraints of space…

*Speaking of “challenging”… A couple weeks ago Mr Amatus Edward pointed out what he calls a fundamental flaw in the Independent Model. I will respond to this in an upcoming article, maybe as soon as next week.