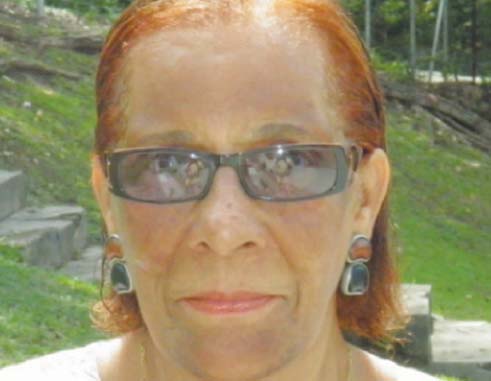 SO, you noticed again. You’re right. The movement continues. Last weekend I became a Feature, if you please. Where to next? Well, from all appearances at the bottom, seems like the only other place is ‘Out’! In any case, what with the sudden ‘Parting’ and Numbering, I’d already begun to think ‘Quota’, and have since speculated, en passant, as to what my figure might be. 10, 12, 13, 20? But, we shall see what we shall see, shall we not? Meanwhile, it’s kinda amusing to be indefinable.

You know, I frequent downtown Castries. I do so because I am used to it from the good old, bad old days when there wasn’t an “up north”. It’s what I have known. Church, shops, market, post, banks… I only go north if I must. What’s more, I enjoy being pleasantly surprised when someone – a stranger – greets me with a smile or a “good morning” or, as happens from time to time, walks past me saying, “Of Dis and Dat”. After mutual giggles and a usually modest “Oh?” or a sometimes enthusiastic “Okay!” from me, he walks on. Yes, he. Always a he. In this way, I have got to know a couple of gentlemen (and I use the word knowingly). The setting is always either the Boulevard, any section of Bridge Street or less often, Micoud Street. And it’s sometimes nice to have a brief visit with them, to say a bit more than an Oh or Okay.

I think particularly of a special gentleman who made it known to me from the start (and that predates ‘Of Dis and Dat’ by far) during one of my earlier jotting spurts, that he is an avid Labour Party supporter and Dr Anthony is his man, etc., etc., (hey, I trust you know what he meant, and I mean here!) He was obviously a fan (hey, I trust you know WHO I mean here) and could quote phrases from one article or another with enjoyment, even if we were not of the same mind. To this day, we continue to either give each other knowing looks as we rush past on a pedestrian crossing or slow down and have a little chat, while wending our way along one sidewalk or another. Usually, after some mutual ribbing, we part company till the next time.

It never fails to give me a good feeling when I think that this gentleman and I can have some moments of levity together, albeit on the run, knowing what we know about one another, and also being sadly aware that too often a similar set of ingredients would produce an altogether opposite set of outcomes, and probably start the sorts of constant, futile wars which we see at an official level as well as among siblings, co-workers, neighbours and so on, and initiated by both the wholly ignorant and the so-called educated. Not to talk of the confirmed, committed, obsessed hack (what other kind is there?), the worst political animal there is, whether paid or unpaid, whether in see-through disguise under some banner or the other.

So, today, I salute my ‘downtown friend’, a working man, on the go, moving with purpose, papers in hand, always something elevating on his mind, but not averse to pausing for the sort of exchange which fosters camaraderie and tolerance. I really ought to find out his name the next time. After all, he knows mine, for sure.

Finally, it’s Tuesday, and having come from my typical running around, I was just able to hear a brief but impressive rebuttal from the Leader of Government Business in the Senate: clear, fluent, confident, effective. Then a while later, I heard the PM in the final stages of a radio interview where he was his usual superior self as communicator- in- chief. I continue to be impressed by his energy, his passion, his commitment and his determination to take St Lucia to a new and better place for all its people, including of course the none-so-blind and the none-so-deaf. Will they go kicking and screaming into a brave new Saint Lucia? What do you think?