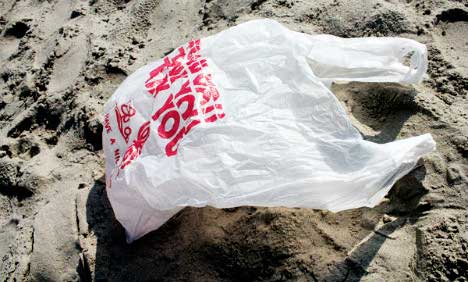 PRESS RELEASE – The National Consumers’ Association (NCA) understands the policy decision by Massy Stores Management to implement a levy on the sale of single use plastic bags. The Association is cognizant that this charge may not be totally supported by the consuming public but appreciates that the move serves as a deterrent and has some positive effects, such as:

Purchasing recyclable shopping bags is a one off cost if the bags are used for their intended purposes; and

Massy Stores have affirmed that a percentage of the monies collected from the sale of all single use plastic bags will go towards an Environmental Fund. The NCA hopes that this undertaking by Massy Stores will help influence the attitude of people but recognizes that there needs to be a more rigorous thrust towards educating the public and retailers on the importance of reducing plastic bag use.

According to NCA President, Chesterfield Octave, “the authorities need to step up their focus on educating the people who hand out plastic bags and to educate the public on the environmental impact of those plastic bags.” Octave applauds Massy’s efforts since this is part of a their current agenda to reduce single use plastic bags as well as engage their suppliers to introduce more eco-friendly packaging for goods sold on their supermarket shelves.

The NCA suggests that Massy Stores should consider offering incentives such as discounts, Massy points or gift vouchers for customers who bring their own bags. Says Octave, “this effort by Massy Stores will not be effective if a concerted effort is not made to perhaps ban the use of plastic bags. Environment protection is about changing attitudes and if many people do not buy into what Massy Stores is trying to do then there will be an unwillingness to change.”

The National Consumers Association is also of the view that if Massy Stores are so strong about protecting the environment, we would like to suggest a one-time investment of a reusable bag by Massy to all its card bearing member on island, in light of the savings that they will be making, before donating to environmentally friendly groups, that will serve as an incentive to consumers.

We have also noted internationally, over 30 countries have introduced a levy or outright ban on single-use plastic bags.