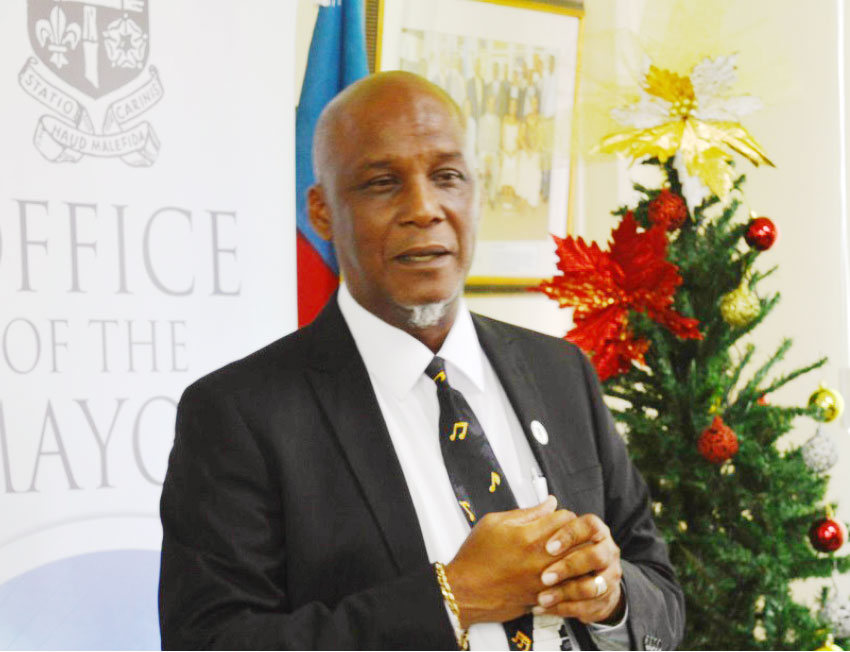 MAYOR of Castries, His Worship Peterson D. Francis has called for unity to eradicate criminality and for the relevant authorities to step up their efforts at tackling the root causes of violent crime in St. Lucia.

The pronouncement by Mayor Francis comes after last week’s violent shootings in the city of Castries which left one dead, and others including a student, injured in a hail of bullets.

Referring to the incidents, Mayor Francis says while many persons apportion blame for an increase in violent crime on the Government and argue that the Government is not doing enough to improve safety, crime should not be made a government issue.

“Various agencies should be doing much more in arresting violence. Parents, schools, churches, neighbors, politicians, and other community leaders must work together and pitch in to help thwart the causes behind these crimes.”

“The safety of our citizens and visitors is our number one priority and we are doing all we can to create a safe environment for everyone in Castries. Our citizens too have a role to play. When they see something, we want them to say something,” said Mayor Francis.

“Violent crime will not be tolerated in this city especially by those who come into Castries to perpetuate violence and threaten our citizens’ and visitors’ security. We’ve invested thousands of dollars with the installation of our City Police Department. They have increased their patrols and are working on continuous training courses and strategies in policing the city.”

Mayor Francis says while these measures alone are never going to be enough, his office will play its role in curbing crime because safety is a job for all of us.