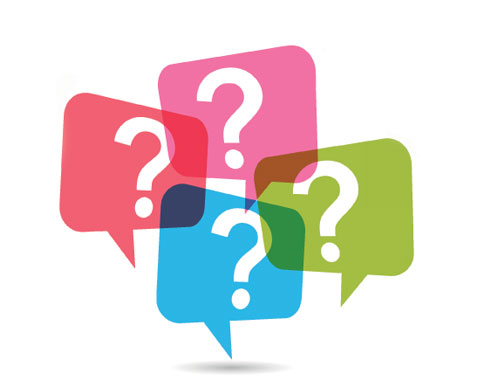 “So when the sacred months have passed away, then slay the idolaters wherever you find them, and take them captive and besiege them and lie in wait for them in every ambush…” [Quran 9:5]

RECENTLY, reports surfaced about the discovery of weapons and ammunition at a mosque in Trinidad by a labourer doing repair work there in the ceiling of the ladies’ washroom.

According to a June 8 report by Trinidad’s Daily Express Newspaper, “In a statement, the police say they found an AK-47 assault rifle, two Baretta pistols, two pump action shotguns, a quantity of assorted ammunition [50 rounds], a ski mask and a firearm holster.”

How exactly those kinds of assault weapons could be smuggled into a mosque without anyone even noticing beats me, but that is what the administrators of the Masjid ul Muttadeen mosque claimed in a statement, immediately following the incident.

“Those persons who planted these illegal items in our place of worship did so without the knowledge of the spiritual and administrative leaders of the Masjid and our membership,” the mosque’s leadership claimed in a statement, while Maulana Saeed Imam Shiraz who is the mosque’s head, claimed that “we are truly stunned by this find”. [Trinidad Express]

Another interesting titbit about this incident is that it took place during the month of Ramadan; which has become something of a recurring theme.

In the statement cited above, following the incident, the leadership of the mosque thanked the police officers carrying out the investigation “for their professionalism” and the “courtesies extended to us during this Holy Month of Ramadan”.

The span for Ramadan in 2018 is May 17 to June 14 and perhaps it is not a coincidence that this discovery was made during Ramadan, nor that a Belgian man reported to have been “radicalised” while in prison, killed two police officers and a civilian, in a “terror” attack on May 30 (during Ramadan) in the city of Liege.

Benjamin Herman, who was eventually gunned down by police, while holding a female cleaner hostage, was initially reported to have been “radicalised in prison, and an AFP source close to the investigation said he had been reported as belonging to the “entourage of an Islamist recruiter”. [Sky News article]

Belgium of course, has had connections to perhaps the most infamous cases of “terror” related activities over the last few years; with the Brussels airport explosions of 2016 and the Paris attacks of 2015 being two such examples. Thirty-five and 137 people died in those attacks respectively.

What was most peculiar about the Paris attacks is the protection afforded to the surviving suspect by Moslems who were reported to have harboured him in the aftermath.

According to a CNBC article entitled: ‘How captured Paris attacks suspect Abdeslam hid in Molenbeek’: “Experts in security and local society who spoke to Reuters in the days after the Paris attacks said Molenbeek, and Brussels more generally, offered a degree of anonymity to radicals, including those returned from fighting in Turkey, because they felt with Muslims who would shield them and understand them.”

In other words, the security experts said that Abdeslam, had been harboured by his fellow Moslems in Molenbeek Belgium, and thus was able to evade capture for four months after the Paris attack.

Therefore, in light of the fact that there is a rather recent history of Moslems harbouring terrorist attackers in their midst, it rings more than a little hollow, when the administrators of the Masjid ul Muttadeen mosque in Trinidad say, “we are truly stunned by this find”.

Moreover, it is one thing to hear about “terror-related activities” in the U.S. and in Europe. However, when assault rifles have been hidden in a mosque in nearby Trinidad, it ought to focus our attention.

Only in February of this year, police in Trinidad spoke about thwarting an “alleged terror” plot.

A New York Amsterdam News article entitled: ‘Police disrupt alleged terror plot in Trinidad’ reported that: “Word came from the police high command late last week that authorities had successfully foiled a threat to criminally disrupt the annual events and that up to eight people, most of them with links to the local Islamic community, had been arrested and were being questioned.”

But this is nothing new for Trinidad, as the attempted 1990 coup makes clear, “when rebels from a movement called Jamaat al-Muslimeen occupied the parliament building in the capital, Port of Spain.” Their leader then infamously said this: “At 6 p.m. this afternoon, the government of Trinidad and Tobago was overthrown,” [cited from the Deutsche Welle report: ‘Islamic State’ and the mosques of Trinidad]

However, also not new is the rush to defend Moslem “victims of discrimination” as the seemingly altruistic need for “political correctness” in this matter, continues to trump common sense.

Speaking on this most recent guns and ammunition discovery, Keith Rowley, Prime Minister of Trinidad and Tobago is reported as having “pointed out that this [Masjid ul Muttadeen] mosque had been raided by the security services in relation to the Carnival terror threat based on intelligence received from this country’s foreign partners.” [Trinidad Express]

The backlash following his comments though, has been raucous to say the least. Opposition Member of Parliament Ganga Singh demanded Rowley apologise to Moslems saying “Dr Rowley seems to be impervious to the sensitivities of the issues confronting the Muslim population in Trinidad and Tobago where a brush of terror [back in February] was recently used to tarnish the integrity and reputation of an entire community which has been peaceful, law-abiding, hard-working and generous…”

These criticisms of Rowley come against the backdrop of Trinidadian Moslems joining, fighting and dying for ISIS.

As recently as January of this year, Umar Abdullah, head of Trinidad’s Islamic Front, said this: “I have no problem with anybody wanting to go, [join ISIS]” — although he also said that if he were asked for advice he would dissuade them; not because he saw ISIS terroristic activities as wrong, but because “we [Moslems] have a lot of work to do here in Trinidad and Tobago as regards Islam.” [Cited from Deutsche Welle]

One must beg the question: How long before St. Lucia faces similar concerns?

We’ve seen the increasing prominence of the “burka” come along without comment, except of course the oft-repeated litany that it’s “freedom of religion.”

Pointing out the frequent violence that occurs with Moslems isn’t the same as saying all Moslems are violent. But if we here in St. Lucia continue to turn a blind eye to such startling events occurring in Trinidad — a country so close to home — then I fear we are doomed to fall victim of the same.