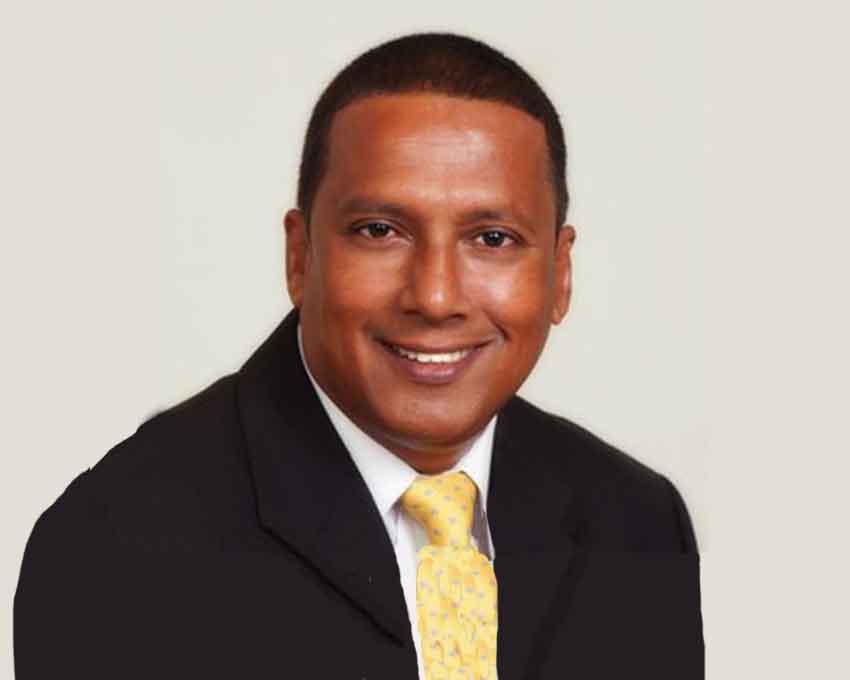 ‘I Have Nothing To Hide!’ – Guy Joseph

ECONOMIC Development Minister Guy Joseph Tuesday on Andre Paul’s morning programme ‘What Makes Me Mad’ portrayed himself as an honest and truthful politician who was targeted by the Labour Party while it was in power.

He cited Nomination Day being moved from Friday May 27, 2016 to Saturday May 28, 2016 by former Prime Minister Dr. Kenny Anthony as being one such act in which he was targeted.

Joseph, a member of the Seventh-Day Adventist Church and a staunch supporter of the Saturday Sabbath as preached by his church, said he still does not believe that the change from Friday to Saturday was an accident.

“They (former administration) knew that when it comes to my church and my God there are certain things I will never compromise,” Joseph said.

He said he was prepared to let someone else run in his place instead of violating his Sabbath by presenting himself for nomination on that day.

Joseph however was still nominated on that day, but in absentia, after he left the country prior to Nomination Day. Nevertheless, the election laws being what they are, it was possible for him to be nominated while off island.

Two other politicians from the Labour administration who shared the same religious beliefs as Joseph at the time found no problems with showing-up at the nomination centre to lodge their nomination papers that Saturday.

This situation brought religion and politics into contention on a scale never before seen in St. Lucia and had Joseph writing to the Electoral Commission protesting the change in dates for nomination and suggesting that he was being hindered in the enjoyment of his Freedom of Conscience, including Freedom of Religion.

Arguably the most polemic politician in the country today, Joseph defended himself when asked about his wealth apparent sudden wealth.

But he challenged critics who accuse him of wrong to prove themselves right, saying records exist to show how much wealth he has accumulated in his life to date.

Also the Integrity Commission exists whereby people could judge for themselves how much wealth he has.

“I have done everything legitimate to earn money — from being a farmer, bus driver, bus owner, truck owner, furniture manufacturer, sales person for tires and vehicle parts,” Joseph said.

He also said any account he has, whether it be on his brother or sister names, should be easy to find if someone wants to investigate whether he has any hidden accounts.

“I can never be rich. I want to be comfortable, but I never want to be rich,” Joseph said in an effort to repel the constant claims by his critics that he has amassed a fortune as a politician.

He referred to the time the former administration hired someone to see if he could be implicated in an alleged corruption.

The Attorney General in St Lucia, under the former administration, had sought US government assistance in that investigation.

However, no new information has come out of that investigation since the UWP won the June 2016 general elections, although Prime Minister Allen Chastanet had promised to look into the matter.

Joseph, for his part, is not perturbed about the investigation, at one time saying he welcomed it.

The documents alleged that during key points in the bidding process for the airport project, there was heightened telephone activity between Joseph, (who was the then Minister for Communications and Works), Sean Matthews (then SLASPA General Manager) and Antonio Assenza (Head of construction firm Asphalt and Mining Limited).

The contract to redevelop the project was eventually awarded to Asphalt and Mining. But it was ultimately scrapped due to a lack of financing.

When asked how important being truthful and honest is to him, Joseph said that these were the trademarks by which he lives.

“I do not have to convince people that I am honest and truthful. Truth lands me in trouble, but I still speak the truth. I say what other people do not want to say because it is not politically correct to say. I’d rather be right than be politically correct,” Joseph said.

He said he has been accused of “every imaginable thing”, yet no one has been able to provide any sort of evidence connecting him to the accusations levelled at him.

“I attribute that to God,” Joseph said.

He claimed that he prayed on his decision to enter politics and that his prayer in part was “God, if you know I cannot do better than the person I am going to replace, cause me to lose…”

He scoffed on recalling that people said he had a farm in Canada and bank accounts wherever.

“I have nothing to hide,” Joseph said.