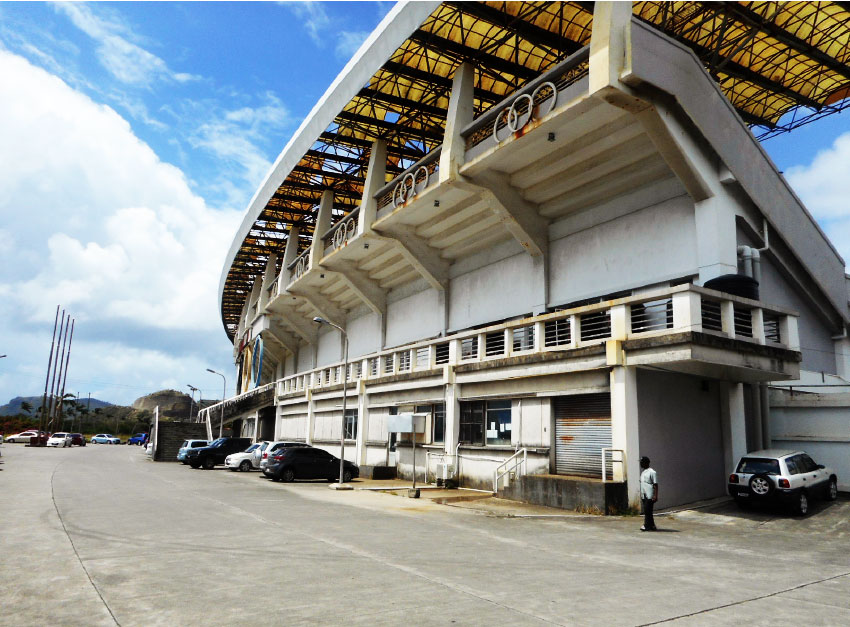 THE St. Lucia Medical and Dental Association (SLMDA) condemns in the strongest of terms, the position taken by the Government of Saint Lucia through the Prime Minister, Hon. Allen Chastanet and his office, to cancel at 9:35 a.m., on 22nd June, 2018, a meeting scheduled for 10:00 a.m. of same date. More disturbing were the statements made by the Prime Minister’s Office, through his Press Secretary, as to the facts surrounding the cancellation.

The following points are worthy of note:

There were many frustrating meetings with the Ministry of Health officials over the past eighteen months where SLMDA Executive tried to obtain a clearly documented policy position and direction from the administration on the way forward for our ailing healthcare system. This was met with an unwillingness to honestly engage and share pertinent information.

There has been a discontinuation of works on the new SJH at Augier coupled with delays and mixed messages regarding the transitioning from Victoria Hospital to the OKEU Hospital.

The major stakeholders and the public have not been fully and openly consulted and public statements made by officials of the Government about privatizing OKEU and condemning the SJHRP in favour of a brand new SJH have not been satisfactorily explained or thought through in a transparent and accountable manner.

The SLMDA, under the aegis of the Trade Union Federation (TUF), sought to obtain a meeting of its executive with the Prime Minister to inform, guide and provide professional assistance in resolving the urgent healthcare crisis affecting the citizens of this country.

His failed and disrespectful attempt to cause disharmony among the affiliate associations by writing separately to each one of them (instead of writing to the TUF) to meet with him individually speaks of the divisiveness utilized by this government to mask their undemocratic style of management.

The SLMDA Executive resisted that attempt by writing the Prime Minister to indicate its unwillingness to meet individually and he agreed to our proposed joint meeting along with the St. Lucia Nurses Association.

Also, on a point of principle SLMDA invited the ranking members of the TUF Executive in addition to all affiliates present to join the SLMDA’s entourage to the meeting.

The Prime Minister and his Office, possibly, having recognised the poor judgment exercised, subsequently invited the TUF to a meeting at which all affiliate associations were present.

On 16th May, 2018, at about 4:30p.m. the Prime Minister and Minister of Health, Mary Isaac called a meeting with the staff of the SJH at very short notice (two hours).

The overwhelming position of the staff was the rejection of his proposals to them. He promised to discuss with Cabinet and report back to the staff in two weeks. To date, in a similar manner to his promise to the nation to make a pronouncement on the way forward on the healthcare crisis they have neither heard from him nor seen him.

The SLMDA’s Executive prepared and submitted on 23.05.2018, a Position Paper to the Government of Saint Lucia through the Prime Minister, where it placed on record the Association’s position on three fundamental aspects of the healthcare crisis.

This we presented as a show of goodwill, good faith and our commitment, in wanting to work with the Government (notwithstanding its failure to provide us with its documented and verifiable strategic plan) in providing quality, equitable, accessible and affordable healthcare delivery services for all citizens. In the cover letter to the Prime Minister, the SLMDA President made is very clear that as per prior meetings (with the Executive), SLMDA looked forward to dialogue with him on the position paper soonest.

This document was to serve as a platform for initiating a qualitatively new phase in the dialogue on resolving the urgent healthcare crisis (of course the dialogue must always be in the context of the Government’s strategic healthcare resolution plan).

The three fundamental points raised were:

1. The urgent transition from VH to OKEU, the latter to be governed by a statutory board. SLMDA says No to privatization and that includes private public partnership. OKEU ought to remain in the public domain to guarantee equitable access for all citizens.

2. The need to urgently retrofit the East Wing of the existing SJH at Augier and move the patients and staff from this inhumane, hazardous and deplorable conditions at the George Odlum National Stadium (GONS) within a specified time period and thereafter, commence competition works on the remainder of the hospital.

3. That SLMDA welcomes the National Health Insurance, with a guaranteed safety net provision to protect the poor, seniors and vulnerable citizens, but believes that it should be managed by a statutory corporation and not a private insurance entity.

Having been in receipt of the SLMDA’s Position Paper the Government through the Prime Minister started out in bad faith, by meeting on the morning of Saturday May 28, 2018, with a small group of our non-elected members, who subsequently proposed to the President of the SLMDA, the dictates of the Prime Minister to the effect that he would like SLMDA to set up a task force to conduct the healthcare dialogue and which he would be willing to meet; an unfortunate attempt by the PM to usurp the constitutional authority of the SLMDA Executive, to foster his insufficiently informed agenda on healthcare for the St. Lucian citizenry.

A list of names was even suggested. Later that afternoon, at the SLMDA’s Annual General Meeting, a member put forward the same proposal and a message on behalf of the Prime Minister that he was prepared to meet with the said task force on his return to Saint Lucia from abroad, after June 11, 2018.

There was strong condemnation of that proposal by the membership present; who gave overwhelming support to the Executive and agreed that the SLMDA’s duly elected Executive would be the only body to represent them at meetings with the Prime Minister when that time came.

Apparently, the PM did not wish to meet with the SLMDA Executive, knowing our position on the above stated policies, and preferred to speak to a select few of our unelected members not representative of the Association. As President, I assure the membership that SLMDA will allow no one to disrespect its mandate.

The wastage of state funds to repair the GONS and exposure of workers and patients to serious health risk in breaking down the fiberglass roof without making clear safety arrangements or relocating them first continues.

The SLMDA is aware that workers have complained, sought ongoing medical care and are on sick leave as we speak because of illness due to falling crystals from the roof, and this has been confirmed by CAREC in Trinidad and Tobago to be related to fiberglass.

So many government agencies and offices have been relocated as a result of health and safety concerns while our doctors, nurses and healthcare workers, who provide care for sick people, all continue to work in inhumane, unsafe and risky conditions, both for themselves and the patients who they care for.
This is an abuse of the dedicated commitment of our doctors and nurses who continue to demonstrate selflessness when it comes to caring for our patients.

The SLMDA thanks its members and the general public for the overwhelming support, trust and confidence placed in us to lead the charge on this urgent healthcare crisis on your behalf. SLMDA also wishes to caution the few who have chosen to ignore or simply have not understood the negative implications of the Government’s aim to privatize in any form, a public asset like the national hospital; that they too should get involved in this conversation as they will eventually be affected.