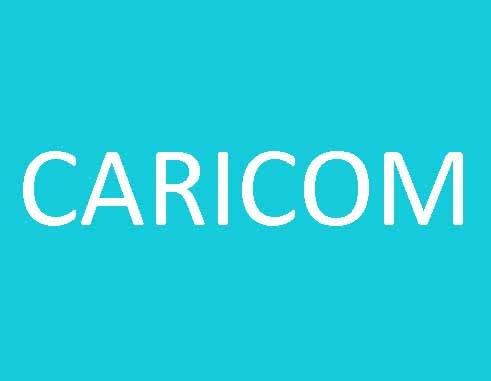 (The writer is Antigua and Barbuda’s Ambassador to the United States and the Organisation of American States. He is also a Senior Fellow at the Institute of Commonwealth Studies at the University of London and at Massey College in the University of Toronto. The views expressed are his own)

I WISH I could say that “all eyes are on the CARICOM Heads of Government meeting to be held from 4 to 6 July in Jamaica”. But, CARICOM events have long since ceased to hold excitement for the people of the 15-member community. They hardly get a glance these days.

The prospects CARICOM once had of fostering a regional people with a strong identity and an independent spirit, living and working in a single economic space that brings improvement to their lives, have long since dissipated.

Therefore, there are no great expectations for this Summit even though it returns to Montego Bay, the site of many historic agreements by West Indian governments, including the February 1947 conference at which a Standing Closer Association Committee was established to draft a federal constitution.

Two agenda items are likely to dominate the meeting, although, given their common concern, they are likely to morph into one. They are: a discussion of the CARICOM Single Market and Economy (CSME) and the Report of The Commission to Review Jamaica’s Relations within the CARICOM and CARIFORUM Frameworks. The Commission was established by Jamaica’s Prime Minister, Andrew Holness, and was headed by former Prime Minister Bruce Golding.

In advance of the meeting, the Golding Report has occasioned disagreement from veteran Caribbean thinker, the Prime Minister of St Vincent and the Grenadines, Dr Ralph Gonsalves, over the practicality of some of its 33 recommendations. More specifically Gonsalves takes issue with the recommendation on governance of CARICOM and to the proposition that if the CSME is not fully operational “within the next five years”, Jamaica should withdraw from the common market and, instead, assume a “status similar to that held by the Bahamas”.

It is often forgotten the Bahamas and Haiti were never part of the process to forge the CSME and are only involved in the “Community” aspects of CARICOM.

The Golding Report is a Jamaica-centric report. Describing it as “Jamaica-centric” is not a criticism; it was meant to be a focus on CARICOM in relation to what’s in it – or not – for Jamaica. That’s the job the Commission did.

Nonetheless, the Commissioners had sufficiently wide experience of CARICOM affairs that, beyond their focus on Jamaica’s interests, they produced thoughtful observations and recommendations for the better functioning of CARICOM. Although, it should be said that many of them were not new: their value now is that they stimulate refreshed attention especially about making the private sector part of CARICOM’s decision-making machinery.

A basis for such a division already exists. The Golding Commission regards the MDC/LDC differentiation as “unnecessary” and describes, as “the absurd situation”, the fact that the “per capita income of some LDCs is as much as three times that of MDCs”. The latter observation is particularly ironic given that Jamaica is in the forefront of criticising international financial institutions for denying it access to concessional financing on the sole criterion of per capita income.

The Commissioners also overlooked the reality that given their small size and extremely limited natural resources, the LDCs’ capacity for development will always be less than that of the larger and better resourced MDCs, particularly Guyana, Jamaica and Trinidad and Tobago.

Further, the present higher level of per capita income in the LDCs than in Jamaica and Guyana is directly related to economic policies administered by their governments and to other factors such as a single currency, a single central bank, tight fiscal policy and a prohibition on printing money to meet deficits. This circumstance also accounts for Jamaican and Guyanese migration to the LDCs.

Recklessly (even insultingly) the Golding Commissioners described the Citizenship by Investment Programmes (CIPs), operated by five of the six Eastern Caribbean countries, as “essentially a Citizenship for sale programme”. The Commissioners boldly opined that “the potential risks to the Community especially in view of the sophistication of transnational crimes, cannot be ignored”.

Before stating this opinion, the Commissioners might usefully have taken into account that the five Caribbean countries apply several layers of applicant-vetting, including by Interpol. They might also have considered that Malta and Austria, members of the European Union, also operate CIPs that allow entry to all EU 28-Member States by successful applicants.

Less confrontationally, the Golding Commissioners make a reasonable call for a CARICOM agreement that ensures that Caribbean CIPs should have safeguards and be closely monitored. That call, without the preceding commentary, would undoubtedly find an accommodating response.

The Golding Report is a very useful document for CARICOM Heads to consider. But, it is essentially what it was intended to be – a report on Jamaica in CARICOM; it is not a fresh look by all CARICOM countries at how, together, they could deepen the integration process, including by fully operationalising the CSME, to respond to the challenges and opportunities in today’s volatile world.

The Golding report makes one observation with which all governments should agree. It is that the CSME cannot be expected to work “because it has not yet been functionally established”.

In 2011, CARICOM leaders decided to put the CSME on “pause”. This was under the stewardship of Freundel Stuart, the former Prime Minister of Barbados, who had the lead responsibility for the CSME. It has languished ever since.

It is time that the clutch on the CSME be released and for the process to be accelerated. If the people of CARICOM are to be inspired again to believe in the integration project, the July summit will have to ignite the imagination of the Caribbean people by going beyond the words of a lengthy communiqué and, instead, producing an ambitious plan with robust means of implementation.

In this connection, there is much to be hoped from the fact that Mia Mottley, the new Prime Minister of Barbados, will now assume lead responsibility for the CSME.

She brings an impressive track record of accomplishment in Caribbean integration, including her supervision of the single Caribbean space for cricket world cup in 2007, and her work in the establishment of the Caribbean Court of Justice. While she will have to focus on rebuilding her own country’s economy, she also well appreciates the value of economic integration to the fortunes of all CARICOM states, including Barbados.