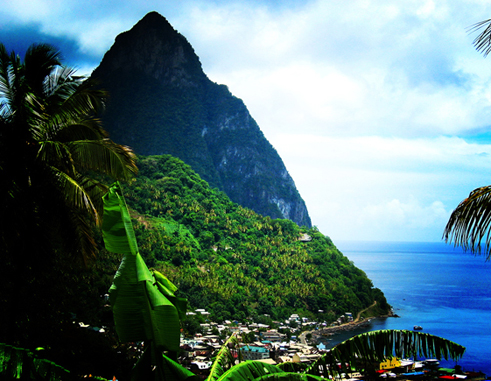 While I may have been eligible to exercise my franchise at 21, I did not cast my first vote until I was 31. (I had reason to.) I voted for myself in 2006.

In 2011, I had changed address, so I could not vote for myself, even if I was on the ballot paper. I did cast a vote nonetheless: I put a tick by the SLP candidate and a tick by the UWP candidate — officially called ‘a spoilt vote’, but what I would rather call “a protest vote”. This was to express my dissatisfaction with both candidates and more so, party politics.

In the 2016 ambush election, I could not find myself on the ballot paper, but I voted nonetheless. I voted UWP and it was not because I had any confidence in Dominic Fedee. The SLP just needed to go. In as much as I did not know him very well, I thought John Victorin was the superlative candidate of the lot.

In as much as many may not want to acknowledge it, the 2016 election was all about Kenny. It really had little to do with Chastanet. The man had nothing to offer and I was hoping the people of Micoud South would have seen that. His plans were ludicrous from the beginning. That election was all about getting Kenny out — Period.

Some people try to argue that Saint Lucians did not know why they disliked Kenny so much to vote him out. But for me, Kenny had become the very monster he chastised when he first came into office. (Boy can power get into people’s head…)

In a recent commentary in this newspaper, Sir Ronald Sanders stated the sad truth that in the Caribbean we do not vote individuals, we vote party. Sad! This has worked to our detriment and a new type of thinking needs to go into the voting process.

More of the same is not change and in the next election we cannot be voting just to get Chastanet out. Look where that approach has got us: We are being insulted left, right and centre; our rights are being trampled upon. Our leaders are spitting in our faces and the colonial days are back and we even have to call the mayor ‘His Worship’. My Lawd!

Chastanet is performing so horribly, he is making Kenny look desirable again.

And please tell Mr Chastanet for me — Michael Chastanet that is — do not come rubbing figures in our faces because leadership has little to do with numbers and everything to do with thoroughness and thoughtfulness, qualities in which his son fails miserably.

Building a new Saint Lucia requires a new kind of leadership, a new kind of thinking and a new system of democratic government. Yes, the Independent Model. (Feedback welcome at independentlyyours@live.com)