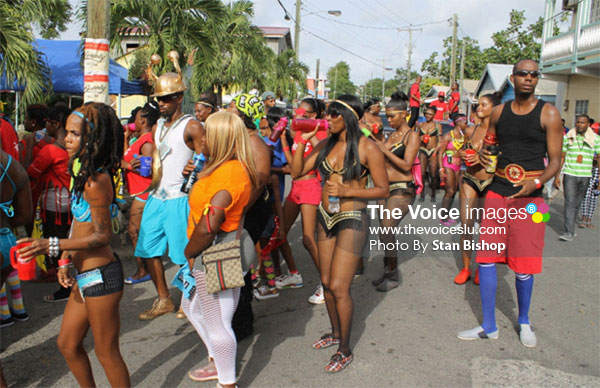 TWELVE million dollars have been given to Events St. Lucia for the hosting of Carnival 2018 to make it bigger and better than it ever was before.

Minister responsible for the island’s culture Fortuna Belrose made the disclosure recently adding that she expects Events St. Lucia to meet all its obligations, like payment of artists and performers with the amount given to it.

She hopes that the awards ceremony, which was held immediately after carnival last year, would be scheduled along the same lines this year.

With respect to the soca competition the preliminaries, to be held at the national Sports Complex car park, Vigie the 29th of this month is the scheduled date. The Soca Monarch will be held July 15 at the Sab, Vigie.

The National carnival Queen Pageant is down for the 30th of this month from 8pm at Royalton Saint Lucia Resort & Spa.

Junior carnival will be on July 8th at the Sab with the King and Queen of the Bands scheduled July 12th at the same venue.

The Panorama Competition will be held on Friday July 13th also at the Sab with the parade of the bands beginning at the Mega J Roundabout to the Castries City Circuit on Monday July 16th and Tuesday July 17th.