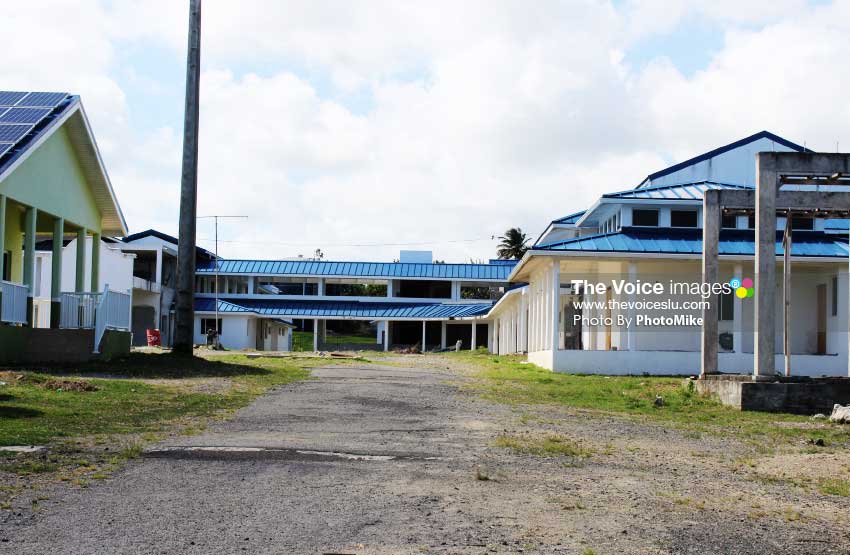 ALTHOUGH barely an hour separated the respective press conferences of the Saint Lucia Medical and Dental Association (SLMDA) and the Saint Lucia Labour Party (SLP), the message delivered to the Government was the same: Complete the construction of the St. Jude Hospital!

The press conferences both took place yesterday, and both focused on the state of healthcare in St. Lucia, in particular status of the incomplete St. Jude Hospital and the urgent need to quickly complete its construction in order to save the lives of many St. Lucians, who are currently not getting the required healthcare they need.

Architect Mark Hennecart, also present at the SLMDA’s press conference, provided figures supporting the argument that the St. Jude Hospital, if worked on immediately, could have its most critical wings completed and moved into by August and that the entire hospital could be completed by February of next year. (2019)

Leader of the Opposition Philip J. Pierre, on the heels of the SLMDA’s press release the previous day, restated the position of his party, on the current situation at St. Jude and has reemphasized that the “confusion” surrounding the reconstruction of the hospital, fundamentally comes down to the Government playing “politics” and being “callous.”

He opened the presser by stating that: “The Saint Lucia Labour Party is appalled but not surprised at the callous and uncaring manner that the government of the UWP continues to treat health care for the citizens of Saint Lucia.”

The Opposition Leader claimed that the UWP Government “instead of continuing work on the building [St. Jude]…embarked on what can be considered the biggest con ever inflicted on the nation.”

The “con” referenced by Pierre is what he called a “million dollar audit” he said was commissioned by the UWP, to keep secret “the contents of a handover report prepared by the project manager…until it was leaked to the public.”

He then accused “the Minister of Economic Development” of going on “a rampage of lies and misinformation to deceive the public on his true intentions as far as St. Jude Hospital is concerned.”

Pierre labelled statements made by the Minister for Health Mary Isaac, and those made by the Prime Minister regarding the future of St. Jude Hospital as “contradictory”; hinting at remarks made by Sen. Isaac; “that the [St. Jude] structure would… house a medical school.”

After stating his party’s concern over what he called the Government’s “callous disregard for the views opposing such a plan [to transform the currently incomplete St. Jude hospital into a medical school”; the Leader of the Opposition called on the Government “not to pursue such a plan of action”, warning that his party “will employ all legal means to stop such reckless action.”

Almost echoing comments made by the President of the SLMDA an hour earlier, Pierre stated that “Despite the best efforts by the hard working doctors and nurses to deliver quality health services, citizens are dying due to the horrible conditions that the government has allowed to prevail at the stadium.”

He concluded by reaffirming his Party’s opposition to the proposed alternative use of the incomplete St. Jude facility and urged the Government to complete the construction of that hospital.