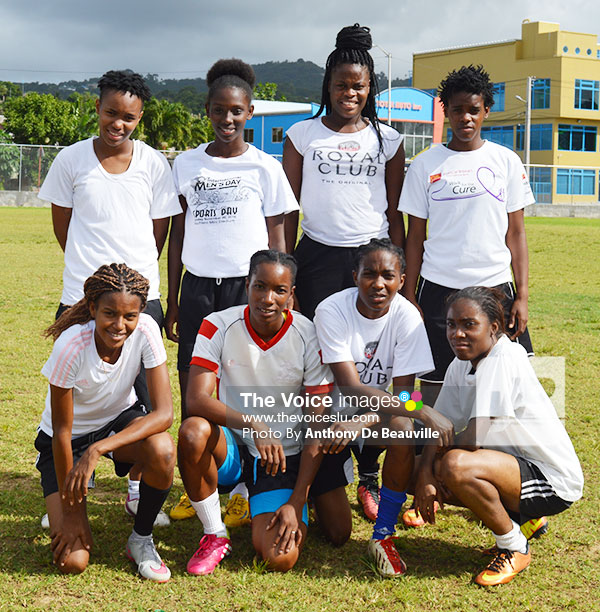 The tournament provides an ideal platform for regional teams to prepare for the CONCACAF Caribbean Women’s Qualifiers in May.

Last evening, Saint Lucia took on Saint Vincent and the Grenadines in a Group A matchup.

Saint Lucia will play the other two group games tomorrow (Friday 20th) versus Dominica and on Sunday 22nd against host Saint Kitts and Nevis.

The top performer of each group is expected to qualify to the advanced stage.

The competition consists of 20 CFU affiliates and is being contested at five host nations — Saint Kitts, Haiti, Jamaica, Trinidad and Tobago and Antigua and Barbuda — with each nation stage being a group of four teams.

Meanwhile, the Saint Lucia Football Association said the national team’s participation is testimony to their commitment to the development of female football.

The SLFA allocates a significant amount of its resources towards catalyzing the growth and popularity of the sport among the female gender locally.

By all indications, the SLFA takes great pride in the monumental strides that the country has taken with female football and as a result now considers its female national team to be one of the front-runners in the stratification ladder of regional female football.

SLFA Technical Director, Cess Podd, has lauded the technical quality of the brand of football being played by the island’s elite females.

For this reason, the SLFA is being extremely optimistic as the flagship team of Saint Lucian female football currently in Saint Kitts and Nevis for the first round of the inaugural Caribbean Football Union Women’s Challenge Series (CFUWCS).

The national senior female team is led by Elisa Marquis and has been in intense training over the past eight weeks.

Ahead of the team’s departure from Saint Lucia, Podd indicated that the inclusion of the three overseas-based players will significantly fortify the unit.

He explained that the players have been strategically-selected, based upon their instinctive field positions.

Podd said, “The three players will each cover one of the significant thirds on the football field (defensive third, midfield and attack).”

Also in the squad are three Under-17 national players, namely: Keena Lionel, BritanyaSt.Prix and Ilana Lashley.

While in Saint Kitts, the team will be under the watchful eyes of former national player Trevor Anderson as Head Coach.

Anderson has been given the responsibility with the task of leading the team to a first-ever female title and to justify the SLFA’s confidence in this unit.

Anderson will be assisted by DermontMonrose, while Mary Campbell SLFA’s female football coordinator is the Team Manager.