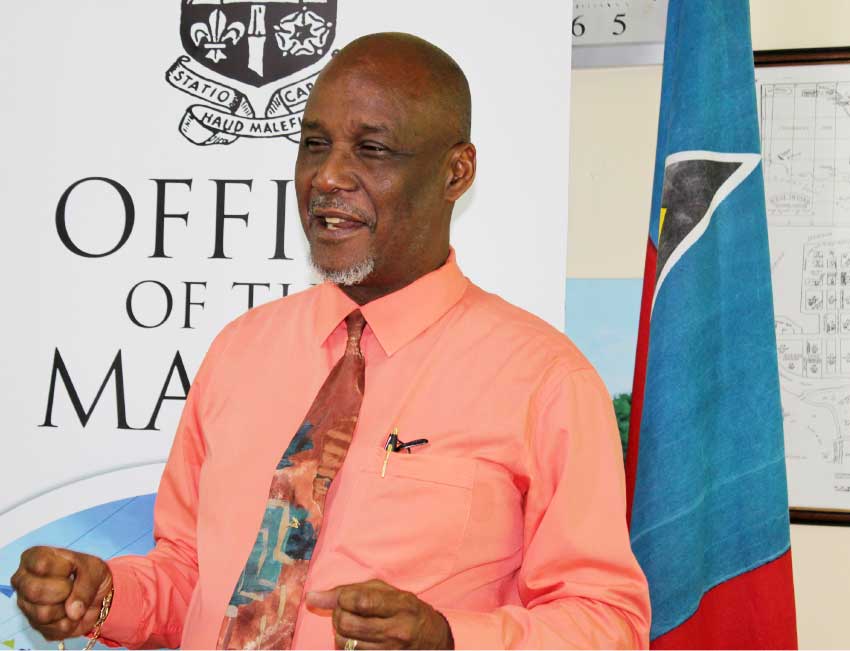 PRESS RELEASE – HIS Worship, Mayor of the City of Castries Peterson D. Francis, has accepted the commendations for an incident free 2017/2018 cruise season which resulted in no negative feedback being reported by cruise passengers during that period.

The commendations came via an email to Mayor Francis from one of the leading tour operators on the island, which stated that this was the first time in many years this had occurred.

Mayor Francis was also applauded for the work of the City Police Department and his general improvements made to the City of Castries.

According to Jason Hullingseed, Press and Communications Manager within the Office of the Mayor, “Providing a vibrant and effective City Police Department needs not just the backing of council, but that of all stakeholders who benefit directly from the industry. It is also important to note and take into consideration that we have made tourism a tower of strength for the St. Lucian economy hence the reason we need to work together to protect that industry.”

Speaking to the development, Mayor Francis thanked all well-wishers for the high praise given to him and the council, while giving his commitment for the safety and security of citizens and visitors to Castries.

“It would be wrong if we continue to pay lip service to matters of security especially to that of our citizens and visitors. Despite the ongoing security concerns, we were able to man-up and make things happen. It cannot be a matter of convenience that praise is showered upon us while there is no collaboration between those private companies and Government entities to assist. The praise is good, but we need to marry our efforts to sustain in whatever way possible.”

The Mayor added while he is not opposed to suggestions, security needs to be a priority in order that the City of Castries is made a safe and viable place to conduct business.