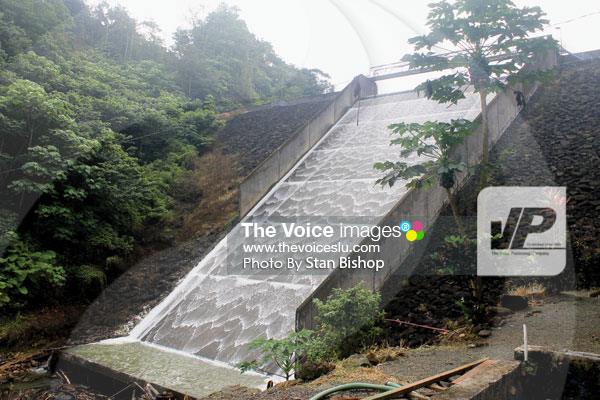 The desilting of the John Compton dam will soon commence years after the project was first announced.

The Water and Sewerage Company (WASCO) this week said that phase one of the desilting operation will commence in the coming weeks and will be undertaken by a local company called Mega Contracting.

“The commencement of phase one of the project marks the end of almost eight years of planning. The second phase of the project has not yet been finalized,” the company said in a release yesterday.

According to the company the desilting of the John Compton Dam has become necessary in order to restore the facility to its original capacity. It said that as a result of heavy siltation due to climate change factors, namely Hurricane Tomas in 2010 and the Christmas Eve Trough in 2013, the dam was left two thirds filled with silt.

The first phase is the construction of the Sediment Disposal site and phase two is the installation of a pipe to transport the silt downstream and the dredging of the Dam. The disposal site will be in an area downstream of the dam, according to the company.

The company, when contacted yesterday, was unable to say when the second phase of the project will begin however it will be a Caribbean Development Bank Project.

A delegation from the Water and Sewerage Company along with the contractor for phase one of the John Compton Dam Rehabilitation Project, as well as the Parliamentary Representative for the area, Dominic Fedee, met with residents of Tet Chemin last Sunday to discuss particulars about the project and other water related concerns.

The meeting came amid calls from residents for information about the project. A variation has been made to the original proposal for the desilting of the John Compton Dam in that it will now comprise two phases.

Mega Contracting is a St Lucian owned company. Its Chief Executive Officer Ned Samuels as well as engineers attached to the company addressed concerns raised by the residents on Sunday.

The concerns ranged from disturbances that will be caused by heavy equipment when the project begins to employment opportunities and the availability of water for the community.