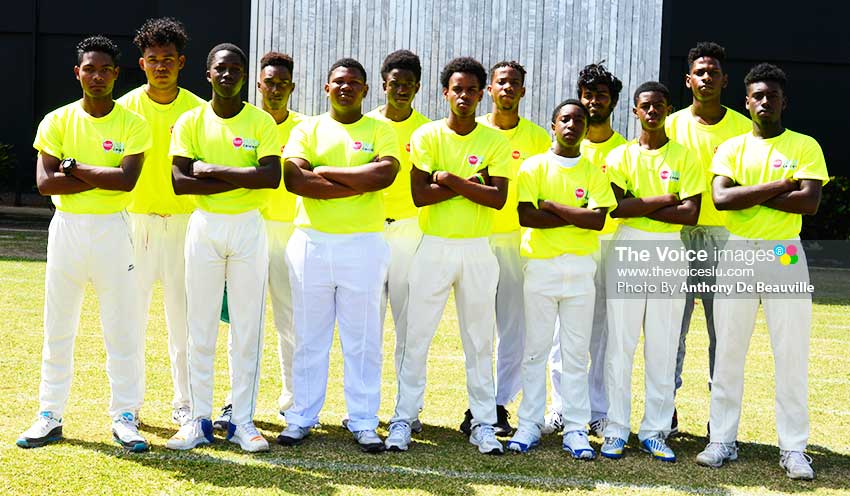 FOLLOWING on the heels of a successful weekend in the Saint Lucia National Cricket Association Inter- District Under-19 Tournament dubbed the ‘Sandals Cup’, the excitement resumes with another round of matches at four venues around the island over three days.

Top of the points table in Group A, Gros Islet with 4 points and Group B Choiseul also on 4 points, will be in action.

Today, in Group A, Babonneau and Anse la Raye will travel to the Balata playing field for their encounter and both teams will look to make amends following defeats in the first round. Babonneau went down to Gros Islet by 196 runs at the Gros Islet playing field, while Anse la Raye failed to reach their winning target of 226 against South Castries. Anse la Raye fell short by 55 runs.

On Sunday in Group B, Mon Repos and Choiseul will clash at the Piaye playing field. Mon Repos will have to come big following their first round defeat at the hands of Soufriere by 61 runs, but they were good enough to defeat next-door neighbours Mabouya Valley by 6 wickets this past weekend. Choiseul, on the other hand, currently tops the group with 4 points with wins over Mabouya Valley by 8 wickets and Vieux Fort by 1 wicket in a nail biting finish.

The action continues on Monday 2nd April at the Phillip Marcellin Ground when host Vieux Fort takes on Soufriere in another Group B clash. Soufriere will want to continue their winning ways following their first-round win over Mon Repos by 61 runs, while the host will want to wash away the memories of last weekend’s one-wicket defeat to Choiseul. (Scores VF 206 all out/ Choiseul 207 for 9).

At the Gros Islet playing field, Group A leaders Gros Islet will take on South Castries. Gros Islet, with two massive wins under their belt, will start as favourite. But cricket’s a funny old sport and anything can happen on the day.

Players to watch for Gros Islet are the in-form Kimani Melius with scores of 58 and 63 not out, Garvin Serieux 87, Jard Goodman 38, Lee Solomon 34 and Dane Edward with scores of 29 and 13 not out. Also in the squad will be opening batsman Jaden Boodha who will lead the batting.

In the bowling department, left-arm orthodox spinner Simeon Gerson with figures of 5 for 31/ 5 for 15, UdelPreville 3 for 12 and 2 for 6, Rene Montoute 3 for 44 will lead the bowling charge.

South Castries, still bubbling from their 55 runs victory over Anse la Raye at the weekend, have their work well cut out, as AlvinusCallendar 36 and Emmerson Charles 21 will want to continue where they left off with the bat, while Nowelle Leo is expected to come out firing on all cylinders after his outstanding performance with the ball last weekend, when he picked-up 5 for 35.