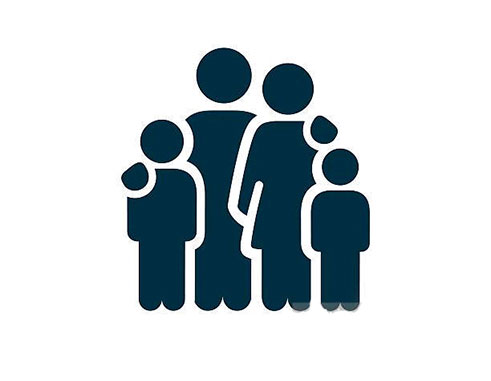 PROVIDENCE Rhode Island—Resident Advisor (RA) at the Dominican Order’s Providence College, Michael Smalanskas, was threatened with a vulgar drawing, depicting him being anally raped, after he put up a bulletin board defending the traditional family.

As reported by Life Site News, “campus security became very concerned for Smalanskas” and “knocked on his door telling him they were worried about his safety” eventually offering to “move him to another location for the night (he put up the bulletin board) as a precaution.”

The RA, who attends what he thought, was a Catholic College, put up a bulletin board which had the message: “Marriage: The Way God Intended It, One Man One Woman.” A message he thought was in line with the Catholic position on the matter and therefore in line with the school’s position.

However, rather than get support for his Catholic view on marriage, what he got was immediate harassment and threats from fellow RA’s, after they ripped the board down because of their disagreement with the message.

As reported in the previously referenced Life Site News article, Smalanskas said: “other RAs started “to show up in my building” and they were “keying into the building after hours. They let themselves into the building and started milling around and they ripped down [the board]…I am an employee of the college, and these are other employees of the college behaving this way.”

Rather than defend the student who had been attacked for defending the Catholic position on marriage, they pedaled non-catholic teachings and passed them off as Catholic, in order to justify their assertion that Smalanskas had “taken Catholic teaching out of context.”

On March 14 according to the Life Site News report, the very day the cartoon drawing of “another male sodomizing Smalanskas”, was “posted on the mirror of his dormitory bathroom”, “Vice President of Student Affairs Kristine Goodwin sent student leaders an email encouraging them to attend the pro-LGBT march being organized in response to the Catholic bulletin board.” (Life Site News)

Instead of reprimanding those who opposed and eventually tore down Smalanskas’ bulletin board defending the traditional view of marriage, this high ranking school official sent a letter to comfort them instead, since they had apparently been the ones victimised.

Despite Vice President Goodwin’s concession that Smalanskas’ message “in and of itself is consistent with the Church’s teaching”, she laughably wrote in the email to those offended that “Fr. Pivarnik and I tried to explain that this is only part of the Church’s teaching.” Meaning that she wasn’t the only one misrepresenting Church teaching on the matter, but a priest was as well.

How she and this heretic priest could assert that Smalanskas’ message was out of context is beyond me. She did however, go on to provide her erroneous context later in the email, stating: “In discussing all of this with my colleagues—students, faculty, Dominicans and other administrators—I was reminded that at Providence College we simultaneously hold together the Church’s teaching on the sacrament of marriage and the teaching on the dignity of every human person.”

And what does this “dignity of the human person” entail might I ask?

She answers by citing Anti-Pope Francis I, who said: “I think the church…must say it is sorry to the gay person it has offended…” which is not only heresy but sacrilege against the Church and the Holy Ghost. So much so, the apostate Anti-Pope went on to scale back his request stating: “The Church must ask forgiveness for not behaving – when I say the Church, I mean Christians! The Church is holy…”

Yes, it is true the Church is holy; a fact the apostate Anti-Pope seems to have forgotten. But I digress!

That “dignity of the human person” context now alleged by these false Catholics is completely contrary; not only to the Bible (see Romans 1:26-32) but also to the Magisterial teaching of the Church throughout the age on the matter of family and sodomy (what today is lamentably called gay.)

However, this heretical “context” alleged by the school’s Vice President and priests like Pivarnik, does not stop there.

The President of Providence College, Brian Shanley, a priest of the Dominican Order (OP), said this in response to the series of incidents which culminated in the graphic threat Smalanskas received, and his subsequent removal from his dorm by security out of fear for his safety.

“It belongs to the nature of a Catholic institution of higher education to explore the beauty and intelligibility of what the Church teaches. That includes the Church’s view of human sexuality and marriage.”

No sir, it does not. It belongs to the nature of a Catholic institution of higher education to confirm what has already been clearly taught by the Church for almost two thousand years, not “explore its beauty”. With that in mind, the Church’s view of “human sexuality” and “marriage” has already been defined with St. Paul’s writing in Roman’s 1:26-32, among other authoritative documents on the matter. There’s nothing more to “explore”.

And this is the President of a College that claims it is Catholic. But it gets worse.

Reportedly Smalanskas said that Nicanor Austriaco, another priest of the Dominican Order and one of Smalanskas’ professors, who Life Site News reported as having “a good reputation” and “is thought of as orthodox”, “lectured me about how much hurt I had caused and how I harmed people,” simply because Smalanskas represented the Catholic view of marriage on a bulletin board.

The Life Site News article also reported that “Another priest urged Smalanskas to march with the pro-LGBT student group against ‘homophobia’ but then rescinded that advice.”

The above heretic priest, a religious leader, is advising a young man being harassed for displaying his orthodox beliefs on the family, to “march with the pro-LGBT student group”; I suppose to show his solidarity with them after daring to upset them with a Catholic-oriented bulletin board on the family. This is the same group that in all likelihood, threatened to sodomise the young man.

The priest is also providing advice which is in direct contradiction to his alleged religious beliefs.

Furthermore, why is there even a “pro-LGBT student group” in a supposedly Catholic College? Just what is going on? Whom do these people worship; God or man? Whom do they seek to please and appease; God or man? Frightening!

When the President of the College Smalanskas attends–who also happens to be a priest– says of “the nature of human sexuality and marriage” that it is “a disputed question,” which requires “the dialogue that we have on our campus…to be respectful of different points of view”; one has to come to the conclusion that the truth is not what such “religious” are after.

After all, Brian Shanley OP also said in the email that “We will never eliminate the tension between what the Church teaches and what modern secular culture professes about human sexuality and marriage.” He said so because he isn’t interested in the truth about this or any other moral issue. All he is interested in, is having a perpetual dialogue of ‘understanding.’

This is why Smalanskas’ case will remain unresolved, and the perpetrators, unpunished.

Just what has the world come to when men who are supposed to be our spiritual and moral authorities and advisors, are the very ones who encourage us to indulge in vice?