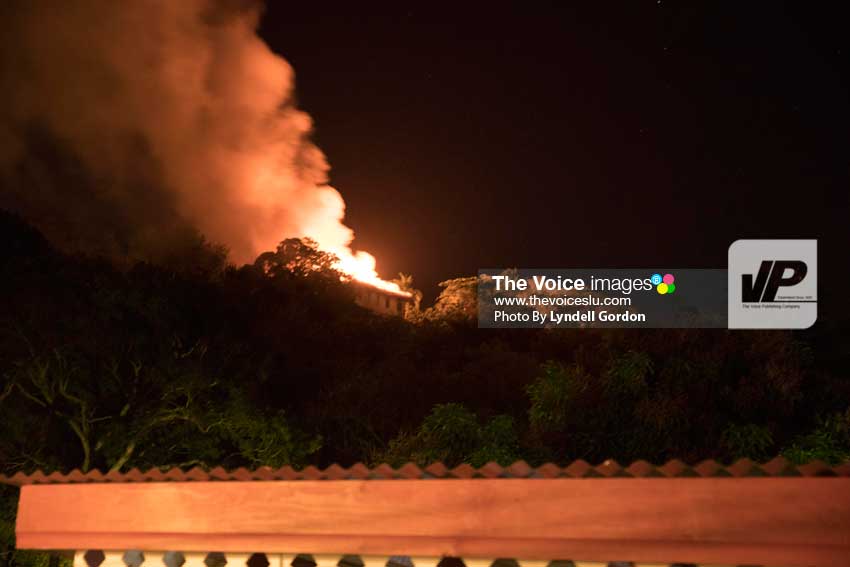 A SPATE of fires across the country that has caused much damage to public and private properties has now become a point of contention between the island’s two main political parties.

The United Workers Party (UWP) first expressed its concerns by the frequency of the fires, particularly the ones that gutted the Folk Research Center, the two at the Soufriere hospital, another at the DSH construction site that burned heavy equipment.

The UWP, in a statement, claimed that on the night of the FRC fire, four more were reported in the Castries market area, one of which completely destroyed three vendors’ stalls near the Castries Marketing Board.

The UWP said it was alarmed by a threat made on Facebook over the last weekend by a well-known political operative who threatened that it was time to throw grenades and tear gas into the next sitting of the House of Assembly.

The UWP says it is convinced that there are concerted efforts by individuals to cause disruption and chaos and calls on all Saint Lucians to condemn any form of disruption.

The St. Lucia Labour Party (SLP) believes that the tone of the UWP missive seems to suggest that this type of mischief may have come from operatives of the opposition.

However, Political Leader of the SLP Philip J Pierre dismissed that line of thinking, telling reporters earlier this week that “For the UWP to link the fire at the FRC, when it was the SLP that vested the lands in the FRC, shows where the mind of the UWP is.”

“For them to imply that this is politically motivated shows where their mind is, shows what their intentions are concerning us and the vindictiveness and caliber of people in that party,” Pierre said.

“We, as a party, will never reach that stage. We don’t think it’s worth it to divide the country. We will continue to be strident to defend our position, to tell the people of St. Lucia what is wrong with this country based on facts,” Pierre said.

Ernest Hilaire, the SLP’s Castries South parliamentarian, said it was irresponsible of the UWP, or any political party, to create the impression that the fires were caused by the opposition party.

“If there are fires the police and/or the fire service investigate and take the necessary action, plain and simple,” Hilaire said.

He believes that by now the investigators of some of the fires, like the ones at the Soufriere Hospital, should by now have said something to the public regarding the cause of the fires.

He called on the UWP to let the police and the fire service do their jobs.