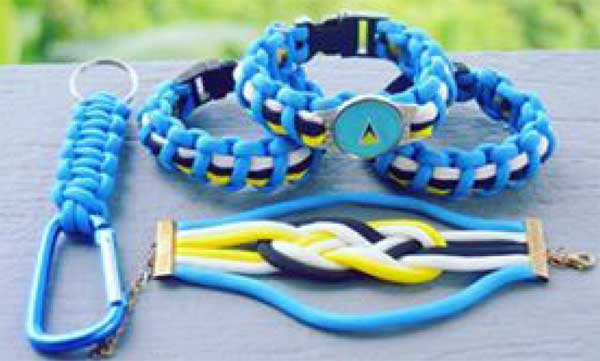 OVER 50 students from secondary schools in the south of the island enrolled with the St. Lucia Cadet Corp Saturday at an enrolment ceremony held at the Beanefield Secondary School.

The ceremony included a parade which was inspected by Commandant Nathan Hyacinth and Lt. Ethelbert James of the St. Lucia Cadet Corps and the presentation of certificates to the cadets. It also included the recitation of the cadet’s pledge which reads in part: “I—promise to honour my God, my Queen and my Country and to do my best to serve them loyally and honourably at all times…”

In a brief remark, the cadets, who were from Battalion two of the cadet corps, were implored to uphold the standards of the St Lucia Cadet Corps by Commandant Hyacinth.

He called on them to exhibit discipline at all times and strive to become good citizens.

“I look foward to hear good things from you…” Hyacinth told the cadets.

He said that the paramilitary youth organization has provided a number of role models who have made it proud.

“This organization has produced a number of outstanding persons…” the Commandant said.

He called on parents to play their role in instilling discipline in their children.

In an interview with this reporter after the event, Hyacinth said the organization is faced with challenges such as trying to increase its membership and encouraging adult supervision within the organization.

“In society today, not many people are willing to become volunteers. They don’t get pay, so it’s quite a challenge for us…,” he said.

“The membership of the organization is constantly dwindling…” he lamented.

The newly enrolled cadets had to undergo a period of training for several months and sit an exam.