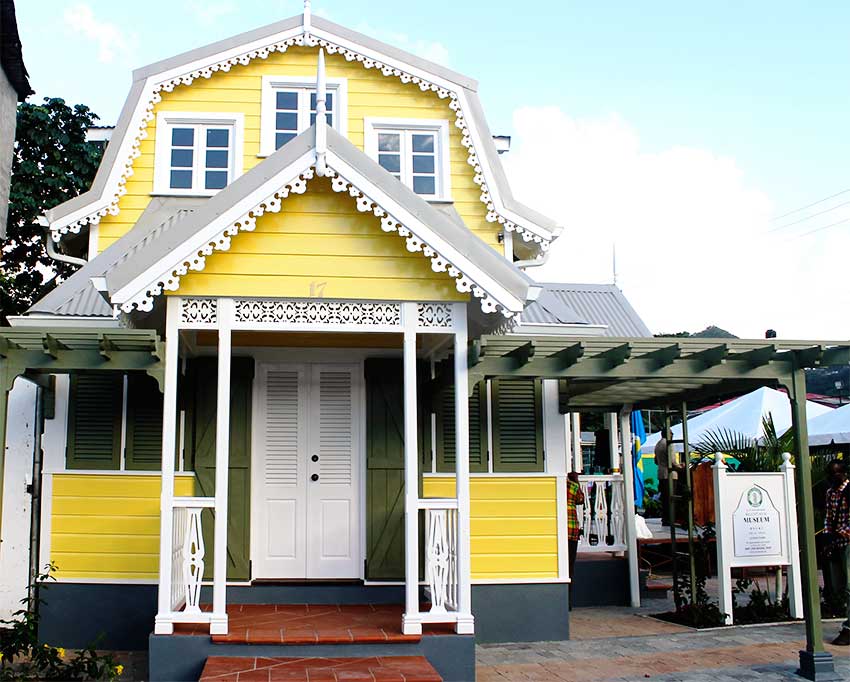 EXECUTIVE Director of the Saint Lucia National Trust (SLNT), Bishnu Tulsie, this week, confirmed that Walcott House will reopen for this year’s Nobel Laureate Festival, and also spoke about the potential avenues the SLNT may take in its attempts to keep Walcott House open “indefinitely”.

Reflecting on last year’s closing, Tulsie stated that the Trust was forced to close Walcott House, located on Chaussee Road, because of unexpected cutback in funding from Government.

“It was a difficult decision for us to take but given the financial situation we were in, there was no way we could have kept (Walcott House) open, he said.”

He also pointed out that the reopening has not come without its challenges, stating that, “Since then, we’ve been exploring options to reopen the (facility) with some measure of difficulty.”

Tulsie spoke extensively on the options the SLNT can take when it comes to financing Walcott House. Besides donations from the private sector, he cited various means by which the Trust could become partly self-funding.

The Trust has sought assistance from private sector businesses in order to finance the Walcott House reopening. As Mr. Tulsie put it: “We wrote to a number of places requesting from each of them $500 a month.”

While detailing the Trust’s need for financial assistance from local businesses, Tulsie pointed out the roles to be played by Flow and the Castries City Council in the reopening of the Walcott House during Nobel Laureate Festival. This was reported last month but in the interview, Tulsie also revealed that the assistance provided by the aforementioned was not monetary in nature.

“Castries City Council, for example, is providing security services and will be providing someone to take care of the place on the days when it’s open and also provide some cleaning services both inside and outside of the building. Flow has come on board to offer free services: internet, phone, etc.”, he said.

Although grateful for that form of assistance, Tulsie stressed the need for monetary assistance in order to keep Walcott House open.

“It’s one thing to have those services provided but you still need some financing to meet some of the other costs, thus the need for discussing this with a number of other entities,” he said.

But what about those businesses which have been propositioned to provide financial assistance?

When asked for the names of those businesses, Tulsie declined to reveal them, saying: “I would not want to say which ones we approached, just in case they are not able to do it. I don’t want to do that.”

However, he emphasized that: “A number of businesses in the Castries area were approached for assistance and we’re hoping that some of it [the requested funds] will be forthcoming.”

Tulsie also spoke on the self-funding means the SLNT hopes to adopt so as to be able to reopen the Walcott House indefinitely, stating that: “We are looking at our operations at Pigeon Island and how we could generate additional revenues there.”

Tulsie also said the Trust is also “looking at what we could do” with “two properties on the West Coast: Anse La Liberte is one of them and Anse Galette is the other. There are 140 and 240 acres of land, respectively.”

“We are looking at a number of options to diversify and expand our revenue base. While hopeful for success in the future, these things do not happen overnight,” he said.

Tulsie spoke on the possibilities for Walcott House if the Trust were able to fund it.

We would love to keep Walcott House open – period. For five days a week and to host small events somewhere within the community to generate more interest and activity,” he said.

However, he stated that funding has been a challenge since the Government removed their subvention, noting “that is really what broke the camel’s back for us.”

He remained hopeful about a future change of policy, stating that “if government sees it (fit) to reinstate (the subvention), then we will certainly use some of those funds to reopen the House.”