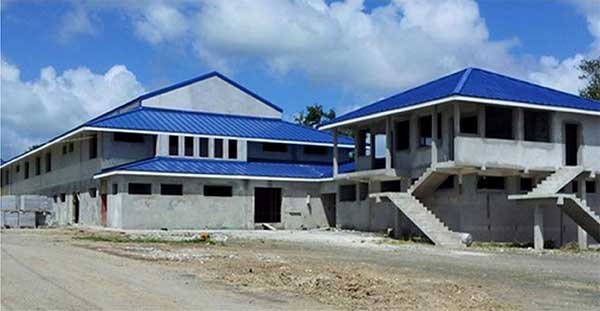 IT’S in our blood, in our DNA: that cannibal instinct that drives us to devour our own. We know that we possess it, and it is well described in our kwéyòl sayings. That instinct is a legacy of our past.

When Prime Minister Chastanet, in his September 2016 press conference, indicated that he had to find an additional EC$30 million beyond what was being spent on Victoria Hospital to bring the new Owen King-EU Hospital into operation, he was at the same time indicating the true cost of our health care.

But, making reference to the expense of the privately-run Tapion Hospital strikes a chord for many, as although none can say why, many St. Lucians consider that Tapion’s services are too expensive.

In that popular conclusion on Tapions’s high cost, there is, however, the underlying — if unstated — suggestion that Tapion’s doctors are “making too much money”. And beneath that, a refusal by many of us to accept that a group of local physicians could have transformed a building from a hotel to a hospital, and then have their medical services receive accreditation from Accreditation Canada.

And if by chance we end up at Victoria Hospital and are treated by some of those same physicians who work at Tapion, our first step once we get out is to get on a plane to the United States for “a check-up”. It does not matter that our physicians have achieved the highest levels of accreditation that the British, Canadian and American medical accreditation institutions confer; “foreign” is better. It is the cannibal in we.

So that when our Prime Minister tells us during his October 5, 2017 press conference that foreign private sector management proposals for the new OK-EU Hospital are being considered, we should not be surprised. Much the same is happening with our Forensic Laboratory and more of the same can be expected for St. Jude Hospital.

Nearly 40 years of independence and yet we can manage nothing ourselves? Except that the existence of Tapion Hospital proves that this is not true.

And as we turn to St. Jude, when we see correspondence from the Permanent Secretary in the Ministry of Planning to the former Project Manager of St. Jude publicly displayed in that October edition of the Untold Stories documentary, we again should not be surprised. That correspondence details matters that are personal in nature, matters that must carry an expectation of confidentiality.

But the source of that correspondence to the videographer will have seen nothing wrong in making personal information public if it could possibly serve the purpose of disparaging the Project Manager and so justify the non-renewal of her contract. It is the cannibal in we.

And we have also been treated to the spectacle, in that October documentary, of the former Building Engineer at St. Jude being hounded with demands that he confirm whether or not he possesses a degree in engineering. The Technical Audit leaked last February, however, indicates that the Building Engineer lacked the “academic/professional qualification of an engineer”, but continues with:

“Given his experience both in terms of years working and the nature of his building related works, the individual’s assigned tasks described in the work programme are deemed appropriate”, (pg. 31).

The Building Engineer may not have held a degree, but, according to the Audit Consultant, he was qualified to do the job that he was assigned to do. We have known this since February, yet we ridicule him in October — because of the cannibal in we.

And we must make mention, too, of two of St. Jude’s best-kept secrets: the Consultant, and the Contractor for the Morgue and Ambulance Building. Funded by the Government of Mexico, in what must be a rare occurrence, we saw the handover of these buildings to Government without any mention in the Government-issued press release of two of the major contributors to the buildings’ construction: the Consultant and the Contractor. But, we also saw Minister Guy Joseph showering praise on the Mexican contribution, which was implemented through UNOPS.

Yet design drawings for the Morgue, published by UNOPS on the internet, show that the Consultant for this facility was Halcrow Group Limited, the same consultant responsible for the ostensibly poor design of the rebuilt St. Jude (Google: proposed morgue building reflective ceiling plan st. jude – unops).

As for the Contractor, no public information is available on who it was.

We heap praise on the foreign contribution, yet withhold any mention of our own. Why? Because of the cannibal in we. We destroy our own.

Until the destroyer eventually meets the same fate as those whom he has himself destroyed, and the cycle renews itself.

Next week, we look at the management of this project.