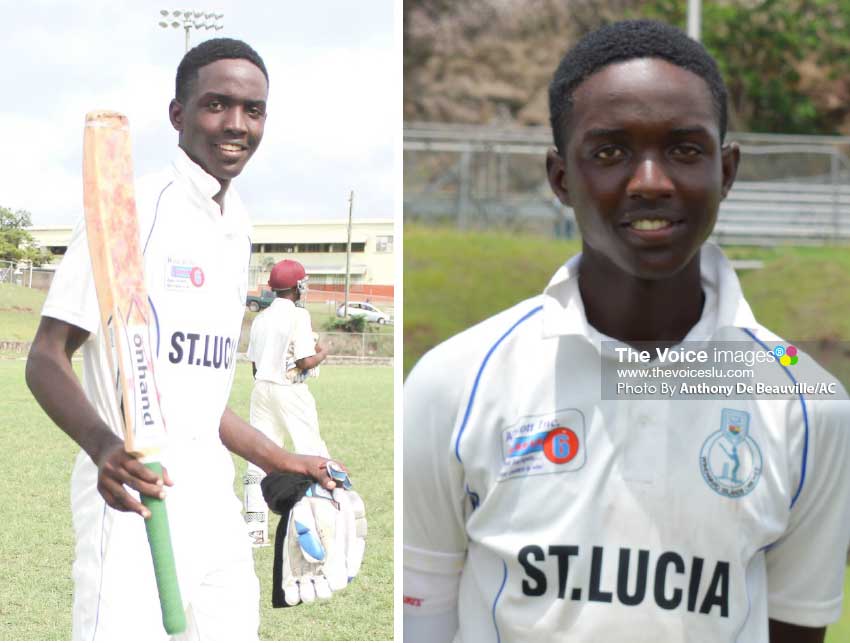 THE community of Babonneau is known for its agricultural produce and rich cultural heritage, but can also boast about the number of sports personalities they are blessed with who participate in the various sporting disciplines. In fact, world-ranked high jumper, three-time Olympian and fourteen-time Sportswoman of the Year, Levern Spencer, who is also from the community, leads the charge in that regard.

With less than a month to go before the staging of the 39th edition of the National Sports Awards — slated for Saturday, February 17 – just based on individual performances for the past year, one young man stands out above the rest and if the judges get it right, he will confidently walk away with the junior award in the male category. He also has a good chance of brushing aside Lyndell Marcellin (boxing) by no less than three points for the senior category as well.

Today, the Sportlight is on a young man named Kimani Melius, who, in my mind and that of many genuine sports-loving fans, has made his family, his community, his school and the sport which he represents proud without a doubt.

Melius will be celebrating his 17th birthday on January 17 — the same day the West Indies Under-19 play South Africa at Bay Oval, Tauranga.

Last year was a good one for the youngster. In fact, the year was nothing but exceptional as Melius recorded 7 individual centuries.

In the Massy United Insurance Under-19 Schools Cricket Tournament, he finished with the second-highest aggregate of runs with the tournament’s highest individual score of 184.

He also played the Ezechiel Joseph Babonneau T20 Cricket Tournament, finished the tournament with the most runs, including two centuries: 113 not out and 114 not out.

In a Gros Islet Cricket Association Under-19 trial match, he made a superb 201 not out.

Representing Gros Islet in the National Under-19 Inter-District cricket tournament, Melius was involved in a record batting display, registering an opening partnership of 287 unbeaten in 31 overs of which Kimani remained 151 not out.

Representing Saint Lucia in the Winlott Windward Islands Under-19, he finished the tournament with the most runs with a highest score of 160 against Saint Vincent and the Grenadines.

He also represented the Windward Islands Under-19 Cricket Team in the Cricket West Indies Regional 3-Day Tournament, finishing with the most runs. He accumulated a record 441 runs with a century — 109 versus Jamaica — and four half centuries.

In the 50-over version of the tournament, he amassed 162 runs with a highest score of 71 against Barbados.

Melius’s crowning moment came when he was named on the West Indies Under-19 cricket squad for the 2018 ICC World Cup scheduled to bowl off in New Zealand this Saturday.

After having such an impressive year, it is quite understandable that despite the achievements of the other nominees, the judges have quite a huge decision to make this February as they consider Melius a contender.