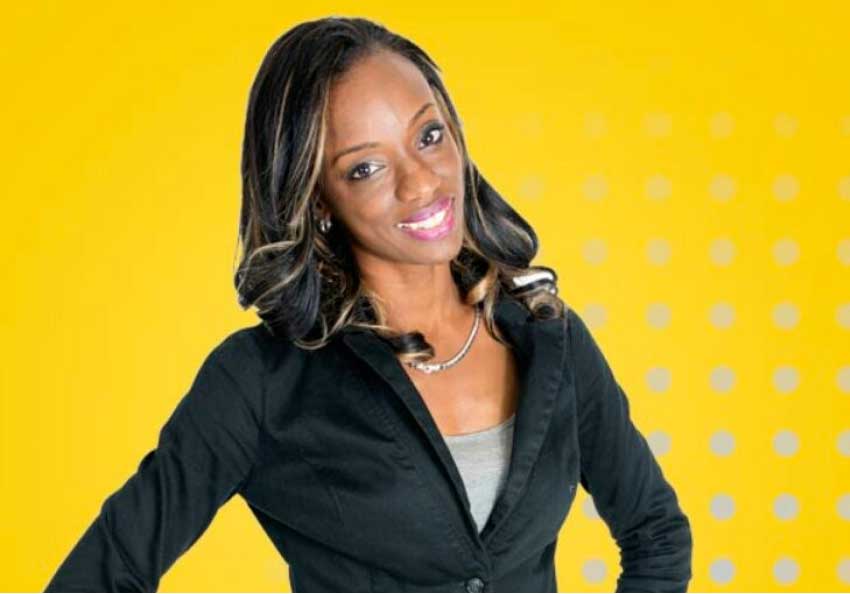 IT’S no mystery this lady has a passion for shoes, but it goes further. But let’s delve in and find out more about Mandisa Morrison.

The last time we saw Mandisa, she was the queen of the shoe repair world wielding her Idea of the Year Award at the 2016 St. Lucia Business Awards, for her success in creating a modern-day shoe restoration and enhancement company named Shoe Rehab.

Morrison, who has an eight-year background in the field of Marketing and Advertising, has managed to use her expertise to revamp the perception of the shoe repair industry in St. Lucia, by turning a curbside craft into a multi-location modern business operation. That was one hot look, but she did not let it stop there. Today, Mandisa has also undertaken a new business venture, The Foot Spa by Shoe Rehab.

In December 2016, Morrison launched The Foot Spa at the Shoe Rehab branch at Gablewoods Mall, which raised eyebrows as the idea of a spa just for your feet was unheard of but seemingly genius. Over the past year, The Foot Spa has become quite the hot spot for many as they focus on the health and appearance of your feet with a variety of foot therapies.

The Real Rundown caught up with Morrison and spoke with her about her new business. Here’s the scoop!

RRD: What ignited the spark in you to start a new business and how did the idea for your business come about?

Mandisa: Well, The Foot Spa by Shoe Rehab is a spinoff to Shoe Rehab, a shoe restoration company with a modern flair which integrates contemporary business practices and technology at the helm of its operations. The idea was birthed by a simple reflection of vision for the brand, but its purpose did not come to fruition until my interaction with a customer in the early stages of the business who complained severely of aching and swollen feet as a result of her poor choice in footwear. I was sold at that point on the idea of an avenue related to the brand that would provide practical care for our customers’ feet. That and all the corny “So can I rehab my feet also?” jokes!

RRD: How do you find people to bring into your organization who truly care about the organization the way you do?

Mandisa: Completely left in God’s hands! As an entrepreneur, one of your biggest challenges is finding someone who shares a bit of the enthusiasm and passion that you have towards your business. However, I’ve been blessed with a team that is just as dedicated as I am!

RRD: How important have good employees been to your success?

Mandisa: No man is an island; it is almost impossible to get the job done alone. The great thing is that unbeknownst to them my team has encouraged me to persevere in those challenging times where you stop and question your journey. I cannot thank them enough.

RRD: What three pieces of advice would you give to someone who wants to become an entrepreneur?

Mandisa: Set a clear vision and don’t ever lose focus on it: eat, sleep and never stop gunning for that goal! Surround yourself with likeminded soldiers and don’t forget to reward yourself!

RRD: What have been some of your failures, and what have you learned from them?

Mandisa: Too numerous to mention! But my mantra is “A setback is only a mistake if you fail to learn from it”.

RRD: What is your greatest fear, and how do you manage fear?

Mandisa: That I lose my drive and passion! I mitigate that fear by trying to keep motivated by successful entrepreneurs worldwide. (Instagram is very good with that.)

RRD: Who has been your greatest inspiration?

Mandisa: Dawn Dickson, a young female entrepreneur, who ironically is well on her way in building her shoe empire, as she calls it and is a Capricorn like me 🙂

RRD: What has been your most satisfying moment in business?

Mandisa: Opening my second store in my second year of business.

RRD: In one word, characterize your life as an entrepreneur.

RRD: What are your hobbies? What do you do in your non-work time?

Mandisa: LOL. ALLANA, PLEASE! LOL. Watch Wild ‘N’ Out (I love that show)…and Scarface (over and over again). HAHAHA.

Well, guys, there you have it! Passion and perseverance leading to the start of two very successful businesses. What’s your passion and what can it do for you? Remember, you need three things in order to be successful as proven by Mandisa: Passion, Hard Work and Dedication (PHD).