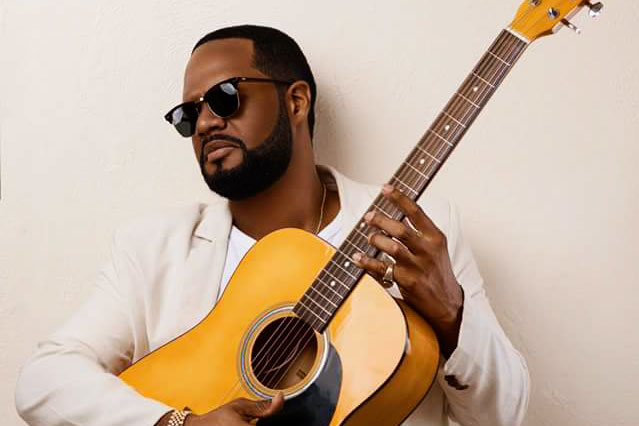 WE all are familiar with the famous Michaels and their extraordinary vocal abilities, but do you know that St. Lucia also has her own Michael with a very big voice.

Michael Robinson has managed to raise eyebrows and left many in awe with his amazing talent.

At a very young age, Michael discovered his passion and started singing background at his church, Streams of Power Ministries, in Castries. In 2007, he opened for world-renowned gospel duo, Mary Mary, at GosFest. With that exposure, Michael’s talent was in great demand. Soon after that, he was victorious at YouthFest.

Michael performed at our local Jazz Festival on many occasions and never once left the crowd unsatisfied. He shared the stage with very popular music icons like Destra, Tanya Stephens, Ronald “Boo” Hinkson, Barbara Cadet and Sirlancealot.

Michael says that his spiritual background and strong family ties have moulded him into a humble and grateful gentleman and have kept him grounded throughout his journey. He hopes to continue inspiring others with his music and give them faith that their dreams could come true just as his did.

Of course, we will continue to enjoy his music like “Make You Mine” (my personal favorite) as he releases new tracks like his latest single, “Body Language”, which seems to be taking the airwaves by storm.

We had a quick chat with Michael. Here’s what RRD discovered.

Michael: Music for me was never a choice. From a very young age, I knew this was what I wanted to do and was destined to do. More so, I believe God gave me this talent not to hold to myself but to use this universal language to touch people’s lives and connect with people from all over the world and make them feel good.

Michael: I come from a family of five. I am the eldest of two siblings, all born and raised in Saint Lucia.

RRD: Name three artistes you are inspired by.

Michael: Growing up, I listened to a lot of different artistes of different genres but if I have to call out three who inspired me, they would be Michael Jackson, Usher and Ne-Yo.

Michael: The scariest experience of my life was almost losing my mom.

RRD: What memorable responses have you had to your music?

Michael: Geez! There are so many but one would be the fact that my music is being played in parts of the world that I had no idea existed is such a huge thing for me.

RRD: Who would you say has been the most instrumental in getting you to be as successful as you are?

Michael: There are so many people who have assisted me to get where I am today. Too numerous to mention, but if I had to select it would be not just one person but two, actually. My parents have played such a huge role in me being as successful as I am in this industry. They taught me how to remain humble, grounded, grateful and wise in everything. They have supported me 110% and have showed me you must have a goal, plan and the steps to achieve and reach for the stars.

RRD: If you could develop a superpower, what would it be and why?

Michael: I have always wanted to read people’s minds when I was younger. LOL. But now that I am older, I understand the less you know the better, so it has changed to being able to fly. God alone knows why I want to fly. LOL.

RRD: How many hours do you work on your music daily?

Michael: Music is a 24-hour job for me. During the day, I am either writing music or in studio. I am also the lead singer of a band, “Illusion”, at Sandals Halcyon, so I make time as well to learn songs and practice. After work in the night, it’s back to music. I even hear music in my sleep. Sigh…LOL.

Michael: The best advice I have been given is to not worry about others, just keep focussed on you and the people who matter. Sometimes we allow people to control our lives and take away our happiness because we worry about what they think about us. Ever since I’ve been able to understand that for myself, I have been really good since!

Michael: My goal is to own a yacht. LOL. Well that, too, but I want to create music that would be passed on from generation to generation even when I am not here anymore. I want to spread music and love throughout different parts of the world and I have faith it is going to happen 🙂

There you have it. A close look into the life of one of the Michael’s you’re sure to remember. His easy-on-the-eyes look, personality and amazing voice are the perfect combo for success. Michaels tend to be known as legendary, no doubt this one will be.