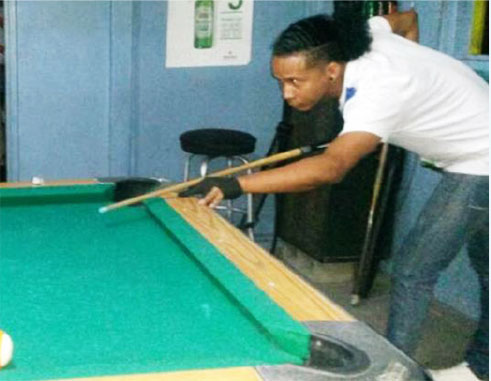 The first qualifier was held at Club Whispers in Soufriere on Friday, where defending champion Mark Henry of Soufriere secured his place at the tournament final with 2-0 victory over Cadley Peterson of Vieux Fort in the final match of the evening. Peterson also qualified in second place for the tournament final.

The second qualifier was held at Charlies Bar in Vieux Fort on Saturday 27 with Timothy Atkins of Desruisseaux claiming first place with a 2-0 victory over Joel Harding of Vieux Fort in the final match of the evening. Harding also qualifies in second place.

The tournament continues this weekend with matches on Friday at the Biche Restaurant and Bar in Cabiche, Babonneau and at People’s Pub in Vieux Fort on Saturday. Matches start at 7:00 p.m.