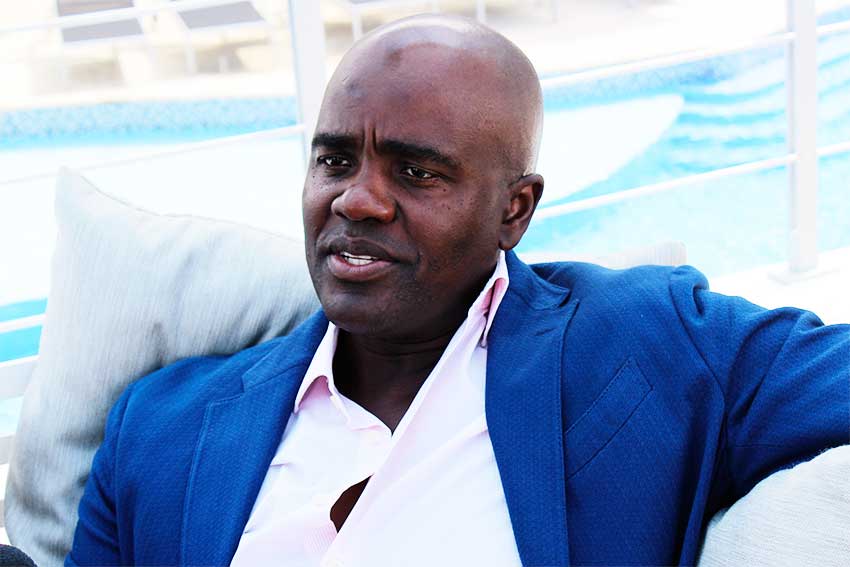 ST. LUCIANS who worked on the Harbor Club Resort in Rodney Bay came in for much praise from its owner, Wes Hall, who yesterday met local media on a tour of the facility.

Dogged by difficulties — financial and otherwise — that prevented it from meeting its scheduled opening dates time and time again, Harbor Club, the newest resort on the island, is now open for business.

He explained that the architects who worked on the hotel were Saint Lucians.

He called on St. Lucians to make the resort theirs by supporting it, noting that unlike other resorts that have security guards and gates blocking their entrances, Harbor Club has none of that.

To give the resort the local feel, there is a section called Market Street, where shops will be placed and artisans will be able to come in with their craft and display them.

“We have the best pizza in the Caribbean by far,” Hall said, adding that Harbor Club is the best place in the country to take that special someone for dinner.

Minor finishing works are still being done; however, the resort, said to be patterned after the Fontainebleau Resort in Miami, is spectacular in its construction and a testament to the creative skills of the St. Lucians who built it. Hall admitted that the resort had its challenges during construction.

“If you drive around St. Lucia, or the Caribbean for that matter, there are a lot of incomplete projects. They all have a common theme, which is somebody underestimated the amount of money and actual sheer willpower that it is going to take to complete the project.

“The biggest challenge to any project is the financial commitment to get the project completed. I can tell you there were a lot of challenges to get this project completed. As indicated twice, the project ran out of cash. It really was about discipline. At the end of the day, I think the reason why we are here today is that not only that I was able to come up with the capital needed to complete the project, but also the discipline of everyone involved in the project to ensure that it was completed,” Hall said.

Hall is Jamaican, but moved to Canada at age 16. He has been in St. Lucia for the past nine to ten years. He came to St. Lucia in search of a spot to build a vacation home for his family.

“I did not want to build in Jamaica because it was too close to home, so I wanted some place different,” he said.

A chat with his financial advisor led him to St. Lucia where he met with developers.

“I came down here, saw the place for the first time and fell in love. I bought this property in Cap Estate and built a villa. I’ve been here ever since and all of a sudden I started doing other things. I invested in The Landings development and then about a year ago I was approached by Prime Minister Allen Chastanet about this opportunity,” Hall said.

He said he assisted in the construction of Harbor Club but went ahead and made a bigger investment to complete the resort, which made him the owner.

“We are done now,” he said, referring to the construction of the resort.

He believes that the hardest part of the resort was not its construction, but rather making it profitable.

“Now we have to make sure that this asset works. It’s a very, very expensive asset. It was one of the most expensive assets in the Caribbean to build,” Hall said.