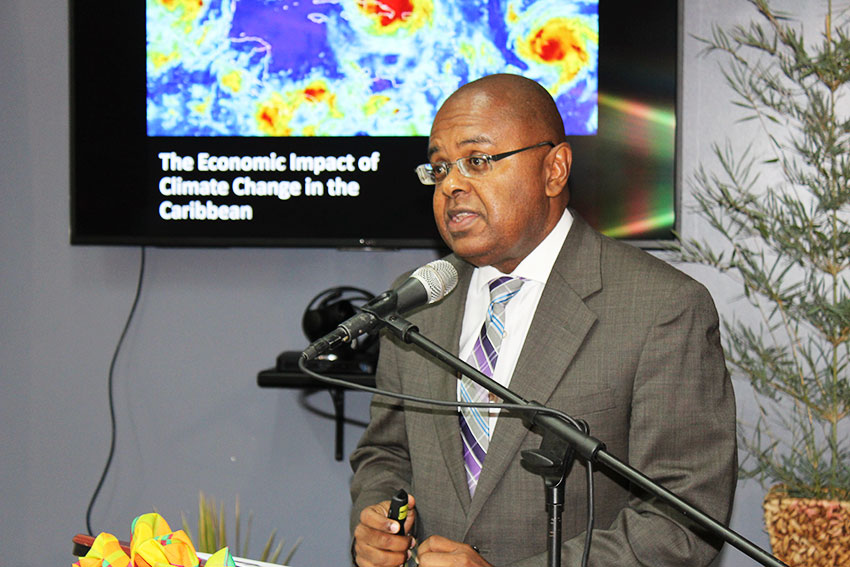 DR. James Fletcher, last Thursday in his presentation at the Sir Arthur Lewis Memorial Lecture held at the Finance Administrative Centre, took some time to explain the reason why, based on the evidence he cited, global warming continues to take place year on year. He also pointed out that worldwide temperatures have either increased to record levels every year since 2014, or are a part of “some sort of major deviation, from what we would see as normal temperatures.”

He pointed out that worldwide temperatures have been going steadily upwards since records were being kept.

However, he stated that this has been the case particularly since 1960/1970, with the start of the industrialization period and when many of the major world economies were pushing their major sectors, pointing out that with that came a heavy focus on manufacturing.

Explaining the reason certain gases are called “greenhouse”, he asked members of the audience: “Now how many of you have ever gone into a greenhouse in the middle of the day?” In continuing his explanation, he said that “one of the things you’ll find…in the middle of the day (is that) the greenhouse is warmer…because the greenhouse has a covering which prevents the easy flow of gases from where you’re standing into the atmosphere.”

Keying in on carbon dioxide, he concluded that “the more carbon dioxide you produce, the more greenhouse gases that you have and the greater the impact on global warming.”

Breaking Records
When chronicling the increased world temperatures over the last few years, Dr. Fletcher reminisced about the general sentiment of the time. About the 2014, when the record temperature that was set then, he said: “At the end of 2014, we said ‘Oh, my gosh! 2014 was the hottest year ever!’”

About the world temperature last year, he asked, rhetorically: “What happened last year? Well, last year is the second warmest year on record. In fact, what they are saying is that last year was the hottest year ever if you don’t factor in El Niño.”

He concluded by saying that the increasing temperatures “trend is obvious” and that “the hottest years in the history of our planet have all taken place since 1998.”