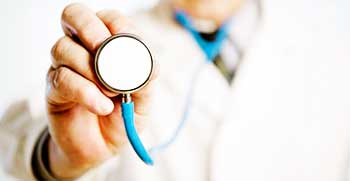 During 2017, Cuba achieved the lowest infant mortality in its history: 4 per thousand children born alive.

Mortality due to congenital malformations was 0.9 deaths per thousand live.

During the last year, 101,582 patients benefited from the availability of technical hearing aids, wheelchairs and fowler beds, among other resources.

After three years, the indicators that made Cuba the first WHO and PAHO certified country to eliminate the transmission of HIV from mother to child and congenital syphilis continue to be fulfilled.

To guarantee the accessibility of the population to cancer care, 45 oncology, 25 nuclear medicine and 9 radiotherapy services have been organized in a regionalized manner. In the last three years, the growth of mortality due to this disease has stopped.

It is estimated that more than one million surgical procedures were performed in Cuba during 2017.

An enrollment of more than 100,000 medical students was achieved with a teaching staff of 32,973 medical professors.

Over 71 million units of natural health products were produced.

In the last four years, Cuba imported 24,317 medical pieces of equipment, benefiting all medical specialties and most of the country’s health institutions. Equipment for diagnosis and treatment of cancer includes surface radiotherapy, brachytherapy, gamma cameras, linear accelerators, cobalt equipment for radiation and particle accelerators, which allow the obtaining of radiopharmaceuticals for the accurate diagnosis of tumor lesion locations.

New advanced techniques have been introduced to treat amputee patients in the field of medical imaging, nuclear magnetic resonance, base surgery of the skull, surgical treatment of epilepsies, interventional neuroradiology, treatment of cardiac arrhythmias and intraoperative radiotherapy.