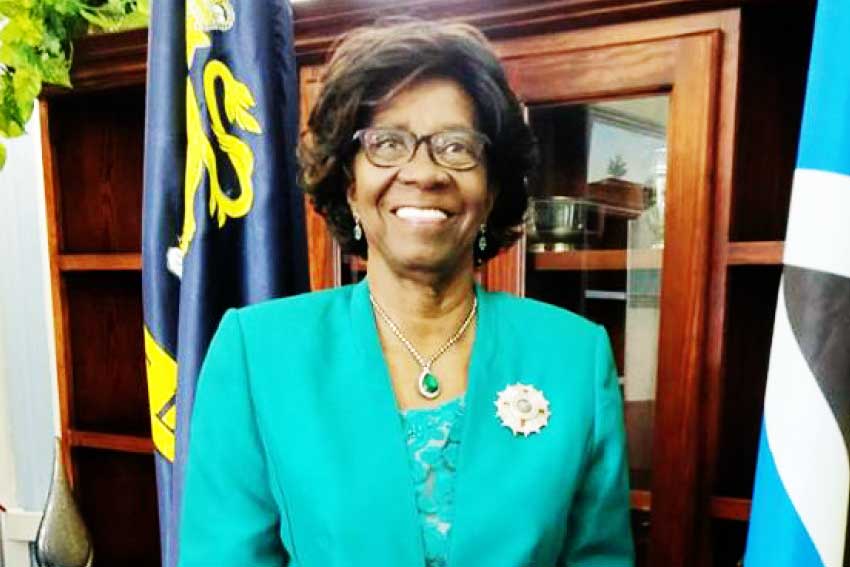 Prime Minister Allen Chastanet will tonight on national television announce who will occupy the position of Governor General, which became vacant when Dame Pearlette Louisy demitted the office last Sunday.

The VOICE understands that someone has already been appointed to the position as of last Friday. The government has since kept that information under wraps and through the Prime Minister will inform the nation officially as to who that person is.

All reports indicate that the person is well known public figure with a background in politics.

Dame Pearlette’s announcement last month that she would be quitting the position on December 31, 2017 sparked a fierce debate about likely candidates for the job.

Three or four names surfaced during the early days of the debate. This, however, was whittled down to two, then to one just a few days ago.

Topping the names under consideration was that of Neville Cenac, a former parliamentary representative for the Laborie constituency under the St. Lucia Labour Party. He was returned to parliament under the Labour Party banner in the back-to-back general elections that took place in the country in April 1987. He won the Laborie seat both times that month.

Cenac served as foreign minister until 1992 and also as president of the Senate.

Should Cenac be the one named by Prime Minister Chastanet tonight as the country’s new Governor General, the announcement would surely evoke some controversy as he is still seen and regarded by some as unfit for the position due to his uneven or inconsistent political history characterized by controversy.

Time alone will tell whether the new Governor General male or female will fit the shoes worn by his/her predecessor, Dame Pearlette, who demitted office with a very high popularity rating after serving as Governor General for 20 years and three months.

She took her last salute on the ceremonial dais last Thursday when the Royal St. Lucia Police Force held a parade in her honour, which served as the force’s goodbye to someone they had a very good relationship with over the years, according to Police Commissioner SeverinMoncherry.

Giving her the sendoff was a platoon of only female police officers.

EDITOR’S NOTE: Subsequent to going to press on Wednesday evening, we were informed by the Office of the Prime Minister today (Thursday) that while Prime Minister Allen Chastanet was due to address the nation this evening, he has rescheduled his address for next week.)