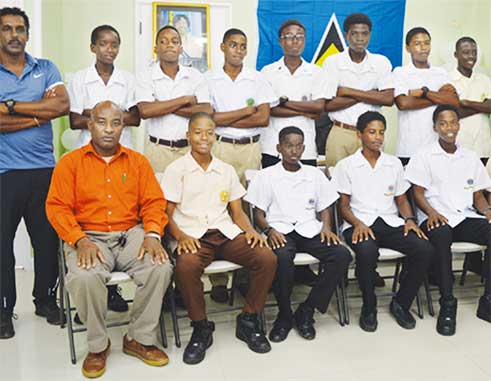 SAINT Lucia Under-15 cricket captain Akeem Auguste led from front with a century, which secured another Windward Islands tournament for the defending champions. However, Saint Lucia emerged second in this year’s competition based on fast bowling points.

Saint Lucia clashed with Grenada at the Cumberland Playing Field on Sunday, and totally outplayed them. Batting first, Saint Lucia got to 239 for the loss of four wickets in 50 overs. Auguste scored 138 from 154 deliveries, which included 16 fours and 2 sixes. Sky Lafeuille made 28.

In response, Grenada were bowled out for 79.

The question: Is this approach the best to determine winners, tie-breakers and allow development of fast bowling in the sub-region? Were Saint Lucia simply robbed of this title since they had won it for four consecutive years?