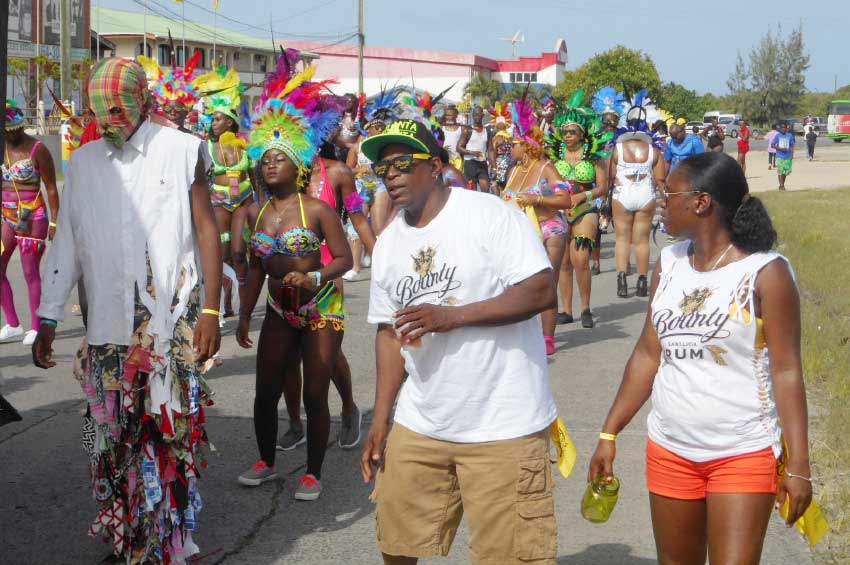 PRESS RELEASE – THE Vieux Fort Carnival Association (VFCA), at a general meeting held on Tuesday, December 5, elected a new executive committee to steer the 2018 Carnival season. However, since it was necessary for structural reform, and the implementation of a constitution which has been lacking for quite some time, another general meeting was called on Tuesday, December 19, where a Constitution was adopted and the structural reform process was completed.

Tony Wilkinson of Telwilky Productions Inc. was conferred with the position of honorary member and official advisor to the VFCA.

At the meeting, the interim president, Bary Hunte, unveiled the planned calendar of events for 2018 to the membership, and also the VFCA Judges’ Manual which will be implemented from 2018 and beyond.

The main 2018 calendar of events will each come with new formats from judging to procedures.

Several other initiatives will be held to promote and market Vieux Fort Carnival 2018 to encourage national participation in the various events and to increase turn out by residents of the south.

PUBLIC NOTICES
1. The Vieux Fort Carnival Association extends an invitation to all interested persons twenty-six years and older, living in Choiseul, Laborie, Vieux Fort, Micoud and Dennery, who are interested in undergoing training and serving as judges for carnival events in Vieux Fort and by extension the south to contact us via email addressed to Tamla Lionel, Secretary, Vieux Fort Carnival Association at vieuxfortcarnivalassociation@gmail.com or via telephone at 720-7595 by January 31, 2018. This is an effort to create a trained and certified pool of judges for southern community carnivals.

2. The Vieux Fort Carnival Association invites all young ladies residing in Vieux Fort to take part in the first-ever Junior Carnival Queen Pageant. You must reside in Vieux Fort, attend a secondary school and be in forms 3 or 4. You must be 14 years to 17 years old. If you’re 13 years old, you must turn 14 years by June 16, 2018 and if you’re 17 years old, you cannot turn 18 years before September 31, 2018 to qualify. You must have good grades as well. An audition will be held at the Vieux Fort Primary School on Saturday, January 13 from 9:00 a.m. You are asked to:

i. Be accompanied by your parent or guardian
ii. Have a pair of heels to walk in
iii. Prepare a no more than three-minute talent to present to selectors
iv. Walk with your Report Book for referencing academic performance