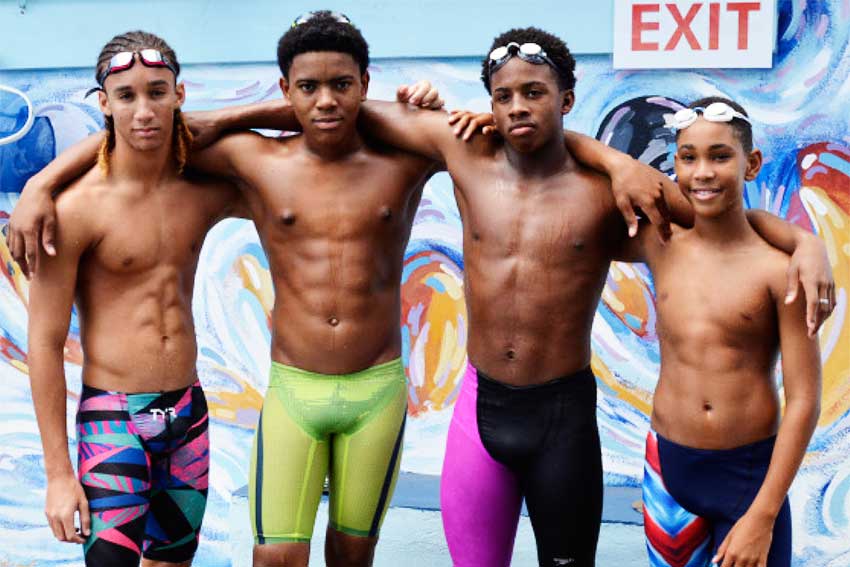 DESPITE not having the 50-metre swimming pool as promised, Saint Lucian swimmers continue to make their country proud at local, regional and international championships, and based on performances thus far, the year 2017 can best be described as a “phenomenal one” for the sport.

A New Executive: The Saint Lucia Amateur Swimming Association held an Extraordinary General Meeting May 29, 2017. Present were the past executive members; FINA representative Errol Clark; SLOC representatives Alfred Emmanuel and David Christopher; and a quorum of approximately 104 voting members. Outgoing president, Carol Mangal, addressed the membership and gave a basic overview of the association’s accomplishments during her tenure.

Eddie Hazel, a swim dad for over 6 years and an active member in Lightning Aquatics, who has over 12 years of board and council representation, was voted in and will now serve as the federation’s president. Paula James will serve as the Vice President (administration). The other executive members include Constance Renee, Secretary General; David Peterkin, Vice President (Technical), Juliana Destang, Treasurer; Tessa Charles Louis, Fundraising; Sue Monplaisir, Public Relations Officer.

Trinidad and Tobago pulled it off for the fourth year with top points, leaving Saint Lucia with 314.5 points to place fifth.

Commonwealth Youth Games: Katie Kyle and Jyasi Daniel were the two swimmers selected to represent Saint Lucia in swimming at the Commonwealth Youth Games held in The Bahamas. Selection of each swimmer was based on the highest FINA points and selecting the fastest female swimmer 14-17 and male 15-18 years old. Katie swam in the 50-metres and 100-metres butterfly whilst Jyasi competed in the 50-metre butterfly and 100-metres freestyle.

Congratulations to Katie Kyle: Katie Kyle was the recipient of a one-year FINA Scholarship. In line with the FINA policy on Development and Universality, FINA has implemented programmes in order to help with the progress of aquatics in the five continents. FINA selected Saint Lucia’s Katie Kyle and has approved the allocation of funding in order to support her training and development. Job well done, Katie. Continue to reach for the stars!

The first half of the competition ended at 12:00 noon, allowing the secondary schools to take the stage and get ready for competition. Competing in the second round were the following secondary schools: Leon Hess, St. Mary’s College, St. Joseph’s Convent, SDA Eucharist, Boys Training Centre, Castries Comprehensive, Gros Islet, International School and Soufriere.