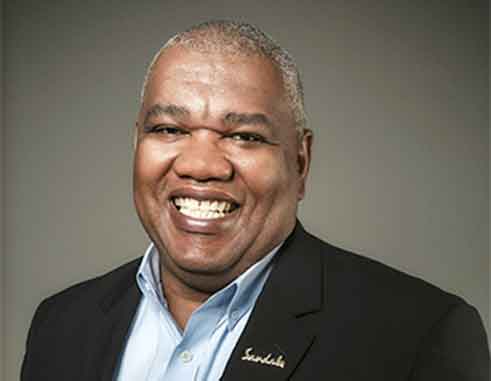 Sadler was speaking during an interview with Observer Radio in Antigua, shortly after meeting with staff of Sandals Grande Antigua ahead of the re-opening of that resort on December 17. He said the most important message to send after the damage wrought by the recent hurricanes is that people need to keep travelling.

“You have to sell the destination. Since September, right after the hurricanes, we have been to about 25 cities and we are going to be seeing about 7,000 travel agents in North America for the first phase, and then we head to London and do parts of Europe. Our job, really, is to send a message that says the Caribbean is open for business,” Sadler said.

Sadler said beyond the sun, sea and sand, one of the most powerful advantages the Caribbean has is its people.

The marketing guru said officials in the Caribbean must also be mindful that these islands are competing with the world for visitors; places such as Mexico, which have tremendous resources for marketing. It was, therefore, important, he urged, that there be a united approach between Government and hospitality stakeholders to achieve success.

“People don’t like controversy. They don’t like to get into an environment where they feel there is a degree of hostility or something like that. Right now, the hotel (Sandals Grande Antigua) is opening on December 17, with a fantastic Christmas and start to the New Year, but after that the bookings aren’t where I’d like to see them. Being in sales, you always want to see exceptional occupancy, so any controversy and the hurricanes certainly helped in creating a bit of instability…”

Sadler said that a harmonious relationship between the key stakeholders results in many advantages for countries in the Caribbean, particularly those that can boast of having a Sandals Resort.

“JetBlu, for example, flies to Antigua, and that started with a conversation with the president of the airline in another country. I brought them to Antigua with the support of some government officials at the time, and we were at a party at Sandals Grande Antigua on Dickenson Bay when a decision was made by them that they should come to Antigua. Those things don’t happen when you have distractions. West Jet out of Toronto, the very same thing,” he said.

Sadler noted that there has been tremendous expansion by the Sandals brands in several of the other islands, and he was hopeful that he could eventually see the same take place in Antigua, which was the first Sandals destination after Jamaica.