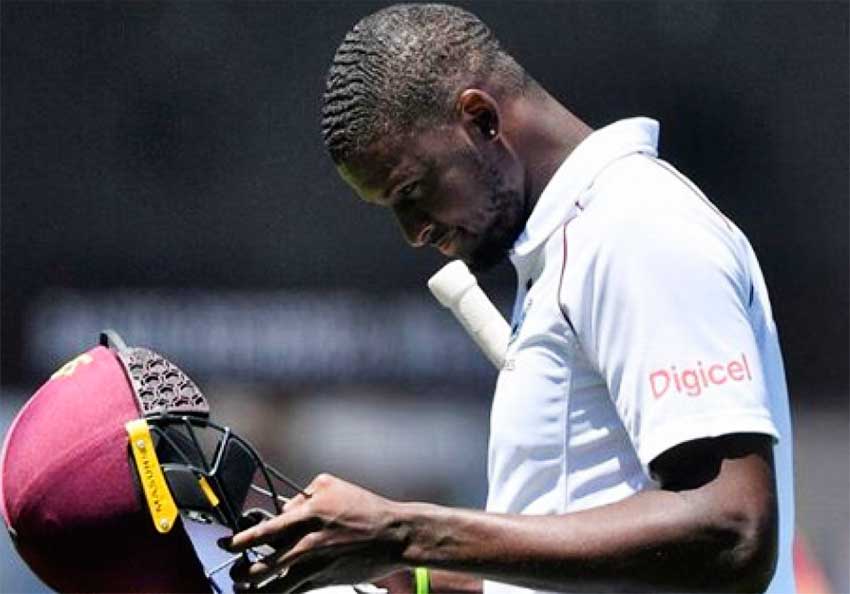 WEST Indies had a solid build-up to the New Zealand tour, having chased down 322 in Leeds and sealed a 1-0 series win over a full-strength Zimbabwe side. Captain Jason Holder was optimistic the team could secure their first Test victory in New Zealand in 22 years.

Instead, on Monday, they succumbed to an innings defeat in the first of two Tests, after the batting line-up collapsed twice in Wellington. In the first innings, they careened to 134 all out before tea, and watched New Zealand pile up 520 for 9 declared. In the second, the visitors made a better start, moving to 257 for 3 but they lost their last seven wickets for 62 runs to be dismissed for 319.

Holder conceded that the lack of a healthy first-innings score hurt the team, but said there was no need to “panic”. He backed his team to bounce back in Hamilton, where the conditions are usually more favourable for batsmen.

“We shouldn’t panic. I think we have done reasonably well in the year. We have done some good things in this Test match as well. So, there is no need to panic. Just one Test match gone — we have lost the first match obviously — but there is a chance to put things right in the second Test match. Hamilton, probably, will have similar conditions to what we had here in the second innings. I have played there and it is a good batting surface and, hopefully, the batsmen can put a good first-innings total and we try to control the game from there,” he explained.

West Indies’ batsmen went for their shots on the fourth morning and lost wickets in a heap, but Holder defended their approach, saying that was the only way they had to try and make New Zealand bat again.

“We just tried to be positive,” Holder said. “There was no point just staying out there; there were two days left in the game and we had to knock off the deficit. The only way to do that was by being positive. I don’t think anybody was reckless at any stage. It was just a matter of us not being able to overcome the New Zealand bowling attack today.”

West Indies had a few silver linings in the innings defeat: each of their top four had starts in the second innings with opener Kraigg Brathwaite and No.3 ShimronHetmyer making fifties, with Hetmyer’s innings particularly punchy and attractive. Sunil Ambris, the debutant, managed only 18 in the second innings after being hit wicket for a duck in the first, but Holder wasn’t too perturbed. Instead, he chose to draw confidence from the talent in the batting line-up. Ambris himself had cracked 153 off 145 balls in the middle order in the tour game against a New Zealand A attack that contained seven international bowlers.

“I am really pleased with the progress of our side and if you look at Kraigg Brathwaite, he is very young as well — he just turned 25 — and he has led our batting in the last three years,” Holder said. “We’ve got guys like Roston Chase, Shai Hope, and now Hetmyer coming into the side. There is a lot of talent there.

Ambris, the debutant, didn’t get runs in this game but he has shown in the past what he can do. I wouldn’t sit and single out one or two players, and I would not let this Test match put down our spirits. We just have to put this behind us and it is important we put it behind us as quickly as possible. We have to learn from it and try not to make the same mistakes in Hamilton.”