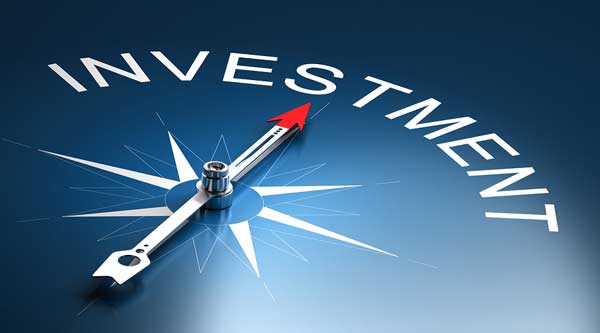 PRESS RELEASE – IN keeping with its mandate to advance the island’s socio-economic development through the facilitation of direct investment, Invest Saint Lucia (ISL) can report that it has recorded significant strides this year, thanks to its close collaboration with potential investors, the public sector and private sector players.

In 2017, ISL continued to work with a number of local and foreign investors from a wide cross-section of businesses, some of which have moved from the concept stage to operations, generating employment and the resultant economic activity. Those investments include both greenfield investments and expansions of existing operations. Outlined below are some of those investments.

Ojo Labs, the Caribbean’s first Artificial Intelligence (AI) contact centre, officially opened its doors in November, employing close to 40 agents initially. It is anticipated that the company will employ approximately 300 agents within the next three years. The company’s staff complement currently comprises mainly Saint Lucian youth. Ojo is housed in the Hewanorra Freezone within one of ISL’s factory shells.

The Harbor Club officially opened its doors in December. The hotel features 115 rooms with a variety of facilities, including a spa, swimming pool, fitness centre, two restaurants, bakery and 4,000 square feet of event and meeting space.

Digicel St. Lucia recently launched a new Hub office in Saint Lucia as a part of its global transformation programme. ISL sees this as the first of many companies that will choose Saint Lucia to establish headquarter operations due to favourable legislative changes.

Additionally, through its inventory of factory shells, ISL enabled the growth and expansion of three manufacturers, thereby meeting the growing demand for their products.

Alwin Investment Inc., a Saint Lucian pasta manufacturer, was assisted in its expansion efforts through the sale of a 7000-square feet factory shell in Union.

TA’s Distribution & Trading, a locally-owned business, was supported through the renovation and lease of a 10,000 square feet factory shell in the Vieux Fort Industrial Estate. This larger facility enables TA’s Distribution to consolidate its services and increase its distribution of “Mags” refined coconut oil using locally-produced copra.

Brice & Co.’s acquisition of a 9,800 square feet factory shell located in the Vieux Fort Industrial Freezone, supports the expansion plans of this local company as it continues to contribute to the construction industry in Saint Lucia.

It is anticipated that several other investments will make significant progress in 2018 following the receipt of requisite approvals and licenses.

Desert Star Holdings began exploratory work for construction of a race course in Vieux Fort in 2017. Invest Saint Lucia continues to provide support to Desert Star Holdings and to liaise with various agencies to ensure all the necessary elements are in place for the advancement of the project.

The GP Group’s 4-5 star, 120-room and 40-villa hotel development under the Fairmont Hotel & Resort brand is one such project that, in July of this year, broke ground on the Sab Wisha beach, paving the way for the construction of the resort which sits on approximately fifteen acres of beachfront property. The GP Group has also committed to completing several projects in the Choiseul community. This project is approved under the Citizenship by Investment Programme (CIP). During construction, which is expected to commence in 2018, an estimated 330 people will be employed and a further 580 on a permanent basis.

Range Developments will deliver a Ritz Carlton hotel with 180 rooms on 40 acres (1st phase) of a 165-acre property. The hotel will include 4 dining options, a holistic spa and 5 meeting and function areas. Range Developments is responsible for the development of the recently-opened Park Hyatt in St. Kitts and the Kempinski Resort in Dominica. According to the investors, at least 500 staff will be employed during the construction phase, scheduled to begin within the first quarter of 2018. An estimated 350 staff will be employed when the resort begins its official operations. ISL is in discussions with the Black Bay farmers on the relocation of their active farming interests on the site.

Chefs Choice, a locally-owned manufacturing company, will be establishing an automated pasta manufacturing facility at Vide Bouteille, Castries. The company is expected to officially commence operations with about twenty-five employees in 2018.

Pure Vibe Entertainment, with its new Ultra Lounge, will be a sound-proofed, ultra-contemporary designed entertainment venue, offering a variety of specialty drinks and food. Ultra Lounge will be located on the Rodney Bay strip. An estimated eighteen full-time and 7 part-time staff are expected to be employed when the venue opens.

The Apple Leisure Group (ALG) recently announced that it will be bringing two of its luxury, all-inclusive resort brands to Saint Lucia in 2020. Micoud is the proposed site for the resort which will comprise residences, condominiums and two hotels managed and branded by AMResorts (ALG).

Invest Saint Lucia’s dedicated team of professionals continue to facilitate direct investment in line with the Government’s vision. ISL expects that in 2018 many of the pipeline investments will advance towards implementation.