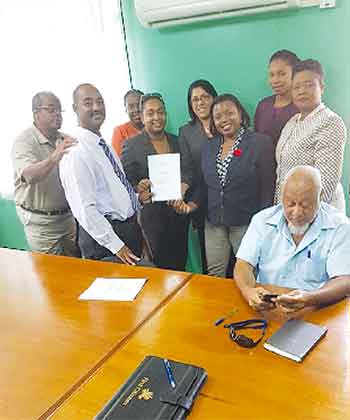 PRESS RELEASE – On November 16, 2017, First Citizens Bank, on behalf of First Citizens Investment Services Limited, St Lucia, and the National Workers Union (NWU), signed their first Collective Agreement for the period 2016 to 2019. The agreement reached allows for an overall increase of 7% for the three year period, representing 2% for year 1; 2% for year 2, and 3% for year 3.

The Bank thanks the NWU, the St Lucia Employers Federation and all other parties who supported the successful conclusion of these outstanding negotiations. Based on the agreement, staff would now benefit from increases or adjustments in both salaries and allowances effective February 1, 2016.