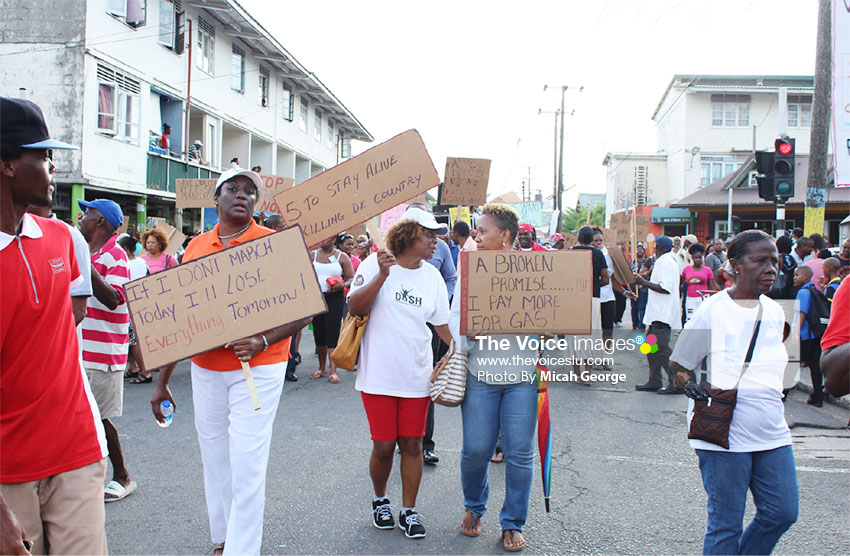 DEMONSTRATION tactics have their ups and downs, but the recent St. Jude demonstration was nothing more than a smoke screen, hoping but failing to distract right-minded St. Lucians from reality. The reality will be made public very shortly in the form of three major lawsuits against the parties responsible for the unfinished hospital and the public can be assured that our tax dollars will have to be accounted for. It is astonishing that the SLP, who failed by mismanaging the affairs of the State, now purport to offer any advice on the way forward.

As previously indicated, the SLP’s best performance is in opposition, but lately Moses Jn. Baptiste (Musa), the new mouthpiece for the party, needs to put his agricultural skills to work for a change and earn a living above and beyond his disastrous performance as Minister of Agriculture. Inside of sixteen months, Minister Ezekiel Joseph has tripled the production of the banana industry, including the sourcing of new markets to France by way of exporting 3,000 boxes per week. After SLP’s four years in office, the St. Jude Hospital remains a construction site with insurmountable problems to be addressed with funds that were supposedly available but to date cannot be traced.

The UWP administration cannot perform miracles and despite the great concerns of right-minded persons (NOT SLP HACKS), it is obvious that this administration must obtain the necessary funding before the project commences, failing which the fiasco which took place under the SLP administration where individuals were hired and unpaid, thereby, creating an atmosphere of disgust and disappointment, would ensue.

These are the hallmarks of individuals who have never ran a business and fail to understand that taking loans from overseas neighbours and squandering same is a recipe for disaster. The total funding for the project must be negotiated for and agreed at a fixed rate of interest before any serious work can be commenced. Any other method used to undertake a project of that magnitude in today’s age would be irresponsible. The comments by the present Leader of the Opposition that hospitals take ten years to construct and the price per square foot hovers at $1,000 per square foot is nothing more than a childish dream by one who is completely out of touch with reality.

The SLP lives in such an unreal world, that to date they have not yet grasped the concept of the present administration which is thinking outside of the box, thereby causing the unemployment rate to have dropped so significantly and the confidence of the business sector in wishing and wanting to invest more and more. In the coming three months, the number of projects earmarked to move forward will shed a greater light of confidence over a nation that remained in decline for the last four years.