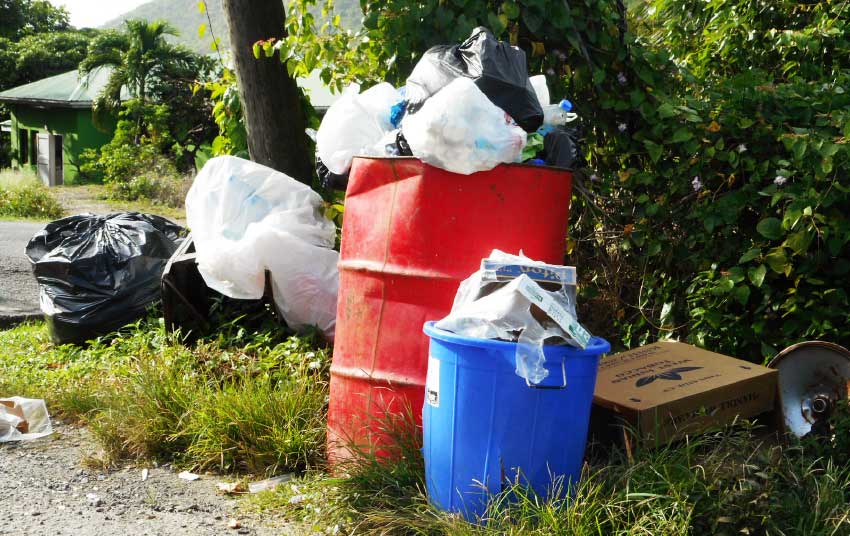 A LABORIE woman, upon whom a medical examination was performed and it was revealed that she had given birth recently, was held for questioning by police in connection with the discovery of a male fetus at the Vieux Fort solid waste disposal site. However, she was later released, pending further investigations.

“We are awaiting advice from the Director of Public Prosecutions (DPP) to decide on our next course of action,” a police officer close to the investigation told this reporter.

The woman, a mother of two, who is believed to be in her mid-twenties, was held for questioning at the Vieux Fort Police Station on Tuesday.

According to the police officer, it was not difficult to identify a person of interest in the matter, adding that sometimes one just needs to see, hear and listen to get leads into a matter. However, the woman in question has not been charged.

From the time it was revealed that the fetus was discovered among garbage collected from Mon Repos Hill, rumours were rife on the matter, which had become the talk of the town.

Residents of Laborie have applauded the police for the manner in which they have carried out their investigations into the matter so far.

“This is a small community. Everybody knows everybody. We know almost everything about each other’s social life,” a resident told this reporter, adding that he was not playing judge, jury and executioner in the matter.

The incident has triggered comments from various organizations and individuals around the island. A councillor with the St. Lucia Crisis Centre has warned the public against rushing to judgement regarding the incident, saying that the individual may be suffering from post-partum depression or post-partum psychosis.

According to Wikipedia, post-partum depression (PPD), also called post-natal depression, is a type of mood disorder associated with childbirth which can affect both sexes. Symptoms may include extreme sadness, low energy, anxiety, crying episodes, irritability and changes in sleeping or eating patterns.

Residents of the community who know the woman who was held for questioning very well say she appears to be bubbly despite all that has happened.