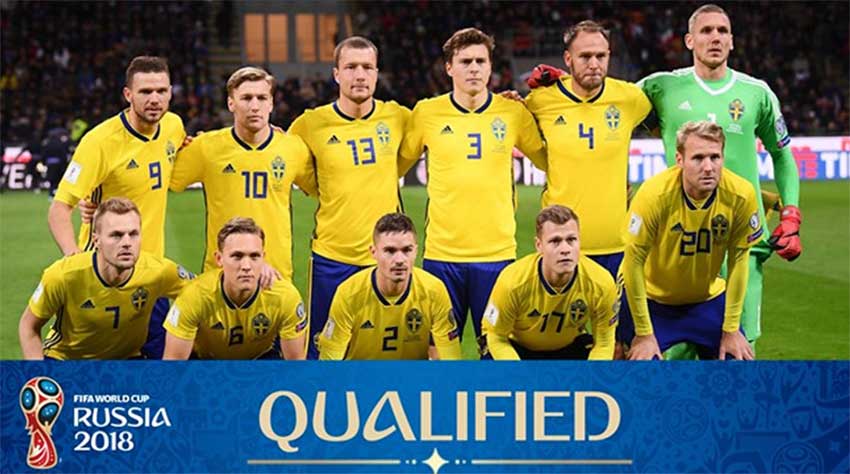 Sweden became the 29th nation to qualify for Russia with a surprising 1-0 aggregate win over Italy. That leaves three spots to be decided by playoffs over the next two days.

First, here are the 29 countries that have already secured their seats at the 2018 World Cup table:

The three remaining berths will go to either Denmark or Ireland, Peru or New Zealand, and Australia or Honduras.

European Playoffs — In Europe, there are four playoffs, each of which is a home-and-away series decided by aggregate goals over the two legs. If the teams are level on goals, the tiebreaker is away goals. If they are tied on away goals, they go to extra time and penalties in the second leg.

The first leg of the only undecided tie between Denmark and Ireland finished 0-0. The second leg is Tuesday in Ireland.

Intercontinental Playoffs — The two intercontinental playoffs follow the same format as the European playoffs. Both first legs have already been played:

2018 World Cup Draw — So what’s next, after Peru and New Zealand conclude their second leg on Wednesday night? The World Cup draw, of course. It will take place Friday, Dec. 1 at the Kremlin Palace in Moscow.

The draw will follow a similar format to past editions, with four pots of eight teams, and one team from each pot being drawn into each of the eight groups. But the seeding of this year’s draw will be different.

World Cup Draw Seeding — Whereas in the past, the top seven teams joined the host nation in Pot 1 and the rest of the 24 teams were placed into pots by region, FIFA has decided to seed the 2018 World Cup field 1-32. All four pots will be based on the October FIFA Rankings.

Here’s how the 35 nations still alive stack up against one another in those rankings, with those that have already qualified in bold, and Russia, the host, automatically in the top spot (and in Pot 1):

Now, for some scenarios, broken down by pot. With Pot 1 decided, we’ll begin with Pot 2.