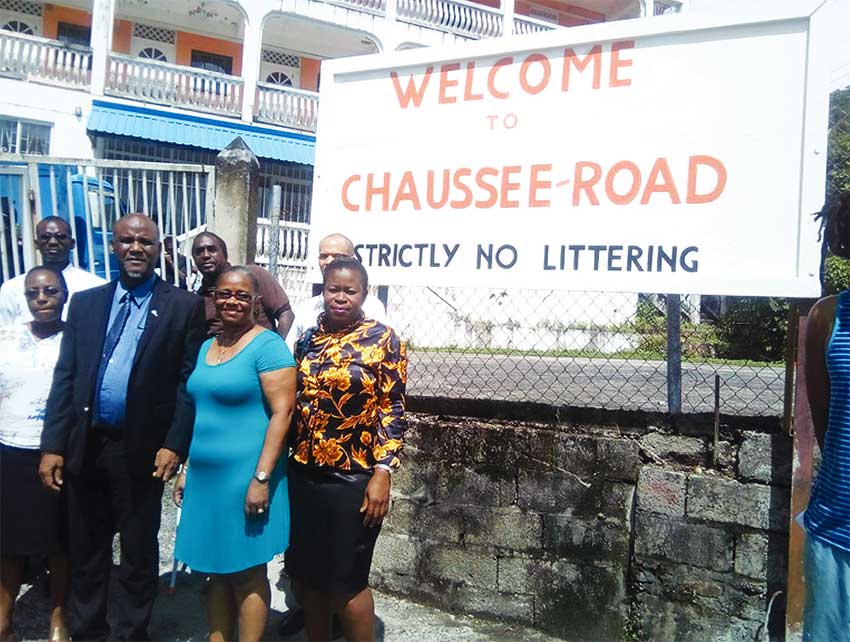 CHAUSSEE Road, one of the main thoroughfares in Castries, is undergoing a renaissance, thanks to the shrewdness of some business-owners determined to change the image of that important stretch of road connected to the constituencies of Castries East, Castries Northeast and Castries Central.

Once seen as perhaps the most dangerous street in Castries on account of the numerous incidents of deadly gunplay that occurred sometimes on the street itself, or inside communities located alongside the street, the road at one time was a place commuters tried their best to avoid.

It was also a street on which several well-known St. Lucians grew up and where several homes once flourished. The road, over the years, has been a victim to the expansion of commerce within the city, which has pushed many of those residential homes out of the area.

Gun and gang violence, over the years, gave the street a bad reputation, compounded even more by incidences of shootings and other forms of violence occurring inside the nearby Wilton’s Yard (Grave Yard) and Grass Street communities, which had at one time characterized these communities.

In 2015, life on Chaussee Road almost came to a standstill following a spate of fatal shootings there. Dead bodies were actually sprawled out on the side of the street, victims of the violence that plagued the area.

Several businesses along the street were forced to cease operations temporarily as a result of the violence. During that time, the Ministry of Health, which operates the Castries Wellness Centre on Chaussee Road, had to change the way it operated all on account of the violence.

Now the road appears to have had a rebirth, thanks to a group known as CROBA (Chaussee Road Owners Business Association).

The entire street is clean. Pressure-washed clean. Free of garbage and looking beautiful — from its Marchand end to its Calvary Road end.

Callista Mc Lawrence, who operates Island Pharmacy on the Chaussee, and is Chairperson of CROBA’s Steering Committee, explained that the need was recognized by business-owners operating on the Chaussee to do something to bring back commercial success to the street.

“We (business-owners) came together as a group because we realized there were lots of things happening on the Chaussee — some negative, some positive. However, emphasis was being placed on the negative,” Mc Lawrence said.

She said two years ago, she spoke with residents of the area and an agreement was reached to change the appearance of Chaussee.

“I must say, they (residents) have kept their side of the bargain and now the onus is on us as business-people to ensure that whatever we started remains, and that’s why we formed the group. Its main purpose is to rejuvenate the Chaussee, bring back commercial activity on the Chaussee, unify the Chaussee,” she said.

The group’s first move to change the road’s façade was a cleanup exercise whereby garbage was picked up along sidewalks, buildings pressure-washed and drains cleaned.

The once offensive dump at the intersection of Calvary Road and Chaussee Road, an area where garbage was continually heaped, has been cleaned and in its place is a billboard, unveiled yesterday by Mayor Peterson Francis, welcoming everyone to the Chaussee and urging them not to litter.

Old tyres filled with dirt in which decorative plants are placed now line the spot where garbage was once strewn.

“We are hoping that more business-persons in the community come together. At the end of the day, St. Lucia belongs to us all,” Mc Lawrence said.

Mc Lawrence is not too keen on police patrolling the street with their big guns, once a feature of the street. However, she still maintains that the police need to be present and does not want them to do away with their presence altogether.

“Has there been any shooting and fighting on Chaussee Road for two and a half years? No. Chaussee is no longer a warzone,” Mc Lawrence said, adding that Chaussee Road is the most beautiful street in St. Lucia and that CROBA will do whatever it takes to maintain the peace that now envelopes the street.